He went on to explain that “no one I talk to sees how Greek approach can work,” which perhaps explains why Greek 3Y bond yields spiked back above 20% for the first time since the election today.

And GGB yields are exploding… 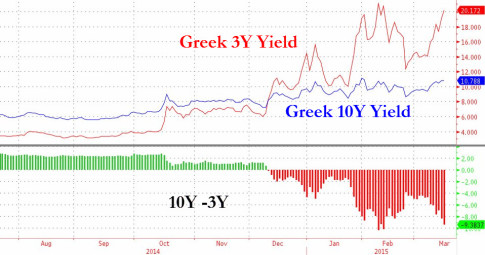 “Greece was able to sell those treasury bills only in Greece, with no foreign investor ready to invest,” German Finance Minister Wolfgang Schaeuble says in Berlin. “That means that all of the confidence was destroyed again.”

On Greek govt’s efforts to balance curbing austerity and fulfilling obligations for economic reforms: “None of my colleagues, or anyone in the international institutions, can tell me how this is supposed to work” 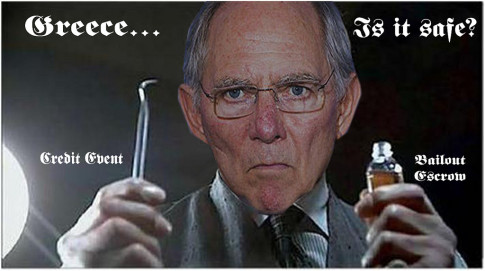 1 thought on “Germany Has Had It With Greece: Schauble Says ‘Doesn’t Know What To Do With Greece Now’”