And again, what could possibly go wrong? 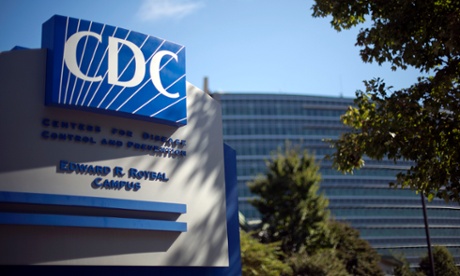 WASHINGTON — The Centers for Disease Control and Prevention has closed two laboratories in Atlanta and stopped sending out infectious agents and other biological materials from its highest-level bio-security labs due to recent safety and security lapses.

The lapses include the accidental exposure of CDC lab personnel to anthrax and the previously unreported shipment of a deadly strain of bird flu to another government lab. No one has been found to have been infected.

Senior US science officials have shut down two government laboratories that were the subject of “serious and troubling” safety lapses, and suspended some transfers of potentially dangerous germs.

Dr Tom Frieden, director of the Centers for Disease Control, revealed on Friday that in addition to the exposure of anthrax and the discovery of insecure smallpox vials, which had already been disclosed, inquiries had discovered the cross-contamination of flu viruses.

Frieden said the discoveries raised “serious and troubling questions” in announcing the new safety measures on Friday. “Fundamentally, what they revealed was totally unacceptable behavior,” said Frieden. “These events should never have happened.”

Frieden said he was disturbed to learn of the influenza virus cross-contamination in the last 48 hours, the incident was not previously known.

In June, news first broke that CDC bioterrorism scientists may have accidentally exposed 84 of their colleagues to live anthrax by deviating from a protocol meant to kill the bacteria and spores. Just a few days ago, 16 vials labeled “variola”, or smallpox, from 1954 were discovered in a storage room by a scientist at the Maryland campus of the National Institutes of Health.

Two of those vials were found be viable, or potentially infectious. Frieden said it does not appear that workers or the public were exposed to the dangerous pathogens in either incident.

Just two days ago, Frieden said he found out that a cross contamination in one of the CDC’s influenza laboratories led to a highly pathogenic strain of “bird flu”, or H5N1, to be accidentally shipped to a Department of Agriculture lab that was expecting a safer strain.

It does not appear anyone was exposed in that incident

Frieden said bioterrorism researchers who nearly exposed their colleagues to anthrax broke lab protocol, had a “lack of scientific knowledge in this laboratory about anthrax”, and should have known a method used to kill anthrax bacteria could leave small amounts of spores viable.

“The root cause, fundamentally, was that the scientists failed to follow a scientifically derived and ensured protocol that ensured that anthrax was deactivated,” said Frieden. There is a “lack of standard operating procedure, [and] lack of adequate laboratory oversight,” that allowed the incidents to happen, he said.

Frieden said he found the cross-contamination of influenza the most disturbing of the three incidents.

In response to the incidents, a moratorium on the transfer of biological materials from high-security CDC laboratories is being immediately issued, and will not be lifted until a lab-by-lab review is conducted.

The influenza laboratory is closed pending an investigation, and the laboratory that improperly handled anthrax is suspending work with that and other dangerous pathogens. Employees will be disciplined where appropriate, Frieden said.

Current lab protocols for transferring and deactivating biological material, such as the flu, will be reviewed and updated. An external advisory committee has been established, as well as a working group headed by Bell.

Frieden said any lessons the CDC learns through its review could be absorbed into its function regulating labs around the country, such as private or university labs.

A 23-page report issued by the director comes before his hearing before the House energy and commerce committee next week. Frieden has headed the CDC since 2009, and previously headed the New York City department of health.