A few days ago, we asked a simple rhetorical question: “Are you targeted by the NSA?”

The answer, sadly for those reading this, is very likely yes, as it was revealed that as part of the NSA’s XKeyscore program “a computer network exploitation system, as described in an NSA presentation, devoted to gathering nearly everything a user does on the internet” all it takes for a user to be flagged by America’s superspooks is to go to a website the NSA finds less than “patriotic” and that user becomes a fixture for the NSA’s tracking algos.

So assuming one is being tracked by the NSA – or as it is also known for politically correct reasons “intercepted” – as a “person of interest” or worse, just what kind of data does the NSA collect? The latest report by the WaPo titled “In NSA-intercepted data, those not targeted far outnumber the foreigners who are” sheds much needed light on just how extensive the NSA’s data collection effort is.

According to WaPo, the files on intercepted Americans “have a startlingly intimate, even voyeuristic quality. They tell stories of love and heartbreak, illicit sexual liaisons, mental-health crises, political and religious conversions, financial anxieties and disappointed hopes. The daily lives of more than 10,000 account holders who were not targeted are catalogued and recorded nevertheless.”

The Post reviewed roughly 160,000 intercepted e-mail and instant-message conversations, some of them hundreds of pages long, and 7,900 documents taken from more than 11,000 online accounts.

Remember when the NSA said they only target foreigners, and only those who are of particular actionable interest? They lied.

Nine of 10 account holders found in a large cache of intercepted conversations, which former NSA contractor Edward Snowden provided in full to The Post, were not the intended surveillance targets but were caught in a net the agency had cast for somebody else.

Many of them were Americans. Nearly half of the surveillance files, a strikingly high proportion, contained names, e-mail addresses or other details that the NSA marked as belonging to U.S. citizens or residents. NSA analysts masked, or “minimized,” more than 65,000 such references to protect Americans’ privacy, but The Post found nearly 900 additional e-mail addresses, unmasked in the files, that could be strongly linked to U.S. citizens or U.S.residents.

Going back to “your” file:

Taken together, the files offer an unprecedented vantage point on the changes wrought by Section 702 of the FISA amendments, which enabled the NSA to make freer use of methods that for 30 years had required probable cause and a warrant from a judge. One program, code-named PRISM, extracts content stored in user accounts at Yahoo, Microsoft, Facebook, Google and five other leading Internet companies. Another, known inside the NSA as Upstream, intercepts data on the move as it crosses the U.S. junctions of global voice and data networks.

It gets worse, because that bed-wetting habit you kicked in the 2nd grade? The NSA knows all about it.

Among the latter are medical records sent from one family member to another, résumés from job hunters and academic transcripts of schoolchildren. In one photo, a young girl in religious dress beams at a camera outside a mosque.

Scores of pictures show infants and toddlers in bathtubs, on swings, sprawled on their backs and kissed by their mothers. In some photos, men show off their physiques. In others, women model lingerie, leaning suggestively into a webcam or striking risque poses in shorts and bikini tops.

How many Americans may be tracked by the NSA at any one time? Turns out ther answer is lots:

The Obama administration declines to discuss the scale of incidental collection. The NSA, backed by Director of National Intelligence James R. Clapper Jr., has asserted that it is unable to make any estimate, even in classified form, of the number of Americans swept in. It is not obvious why the NSA could not offer at least a partial count, given that its analysts routinely pick out “U.S. persons” and mask their identities, in most cases, before distributing intelligence reports.

If Snowden’s sample is representative, the population under scrutiny in the PRISM and Upstream programs is far larger than the government has suggested. In a June 26 “transparency report,” the Office of the Director of National Intelligence disclosed that 89,138 people were targets of last year’s collection under FISA Section 702. At the 9-to-1 ratio of incidental collection in Snowden’s sample, the office’s figure would correspond to nearly 900,000 accounts, targeted or not, under surveillance.

And tangentially, for those who are urging the NSA to release Lois Lerner’s emails, all it would take are a few keystrokes:

“If I had wanted to pull a copy of a judge’s or a senator’s e-mail, all I had to do was enter that selector into XKEYSCORE,” one of the NSA’s main query systems, [Edward Snowden] said.

What the file would likely reveal is all the dirt the US intelligence apparatus had on said (Supreme Court) judge or senator, or IRS employee. After all, what better way to keep the system of “checks and balances” in check than to have dirt on all the key places of leverage.

The WaPo has released a sterilized example of what a “target package” looks like for any given individual. 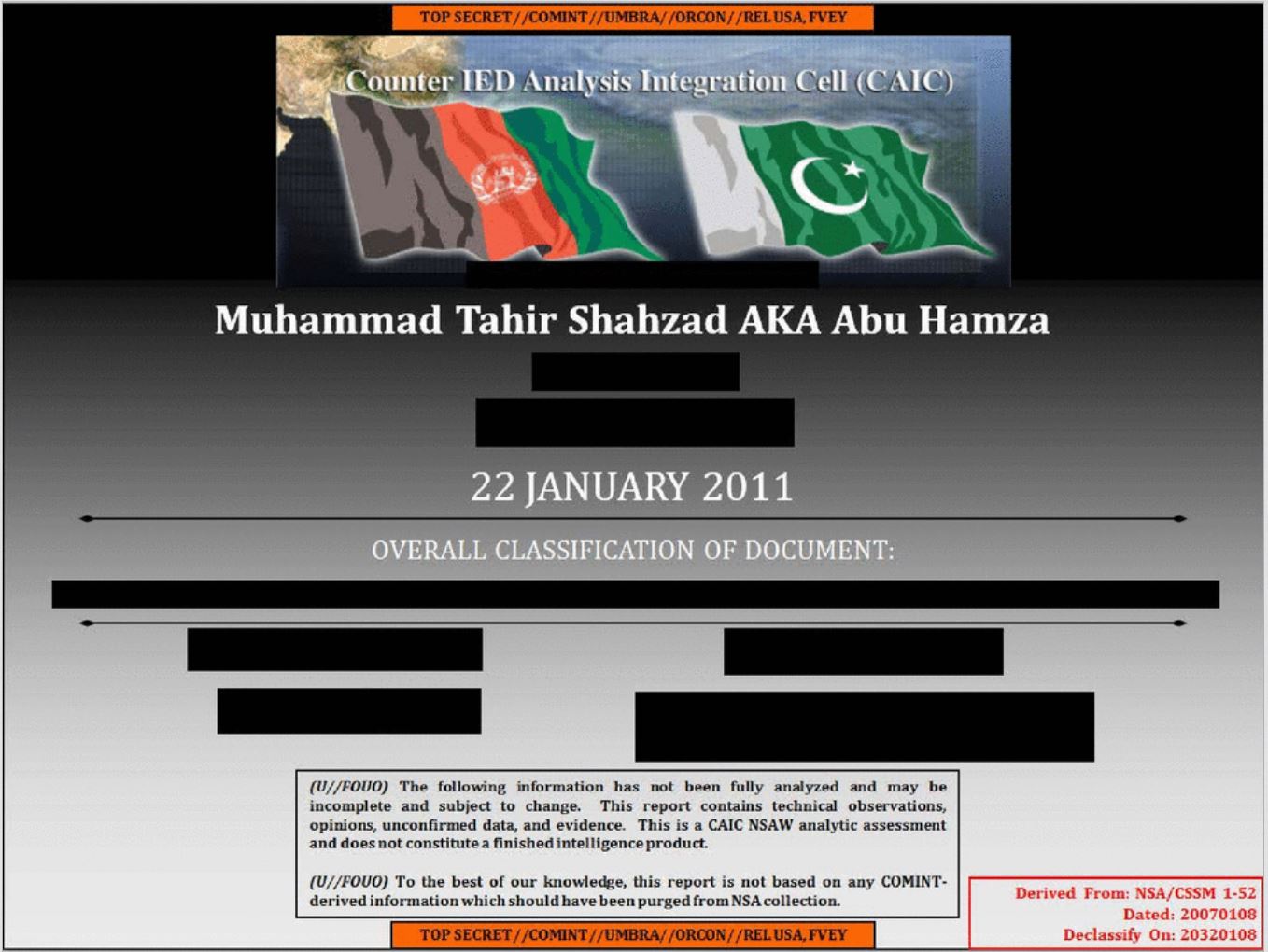 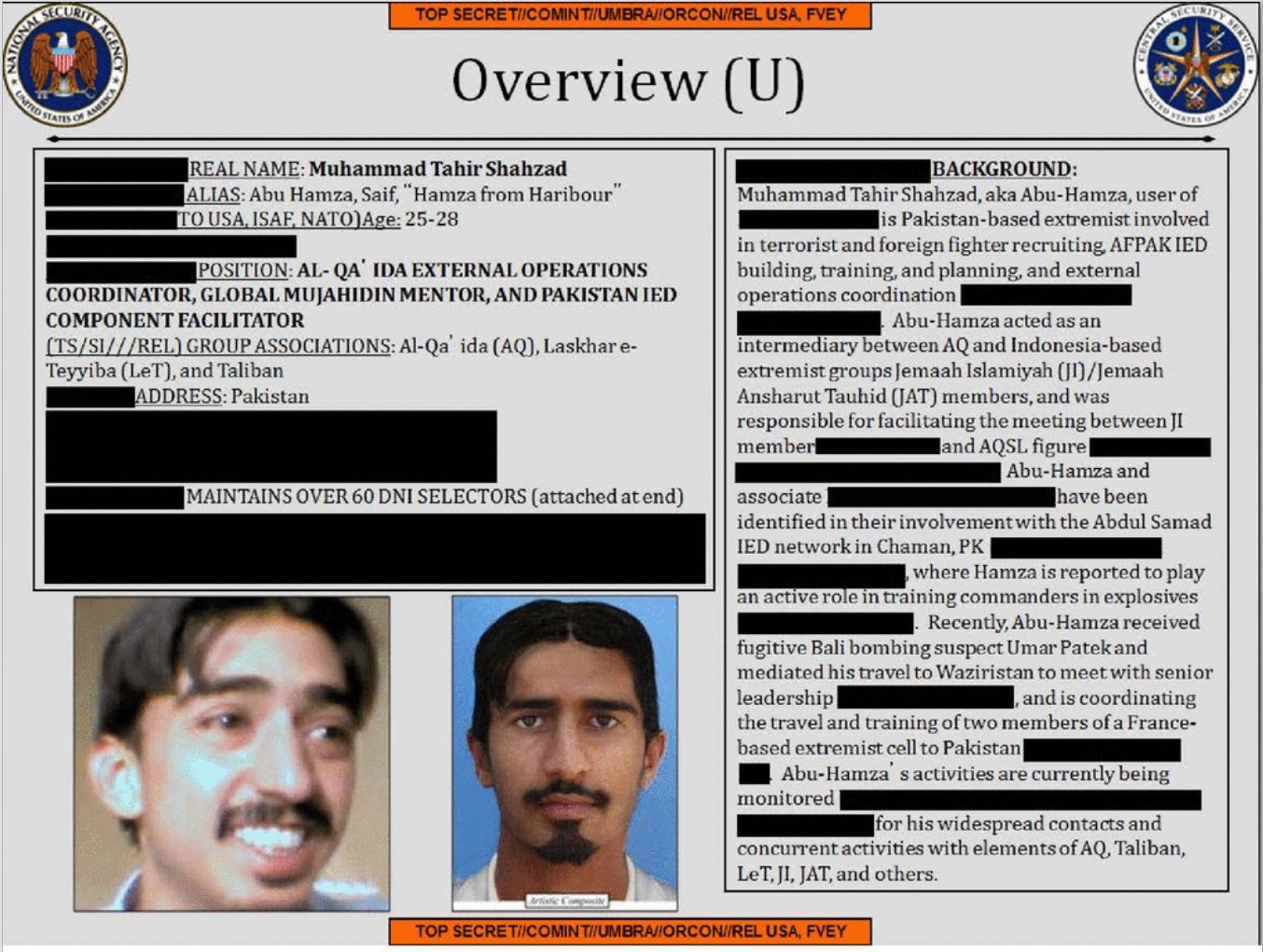 All of the above would be stunning… if it wasn’t for a culture in which FaceBook has made the exhibitionist stripping of one’s privacy and disclosure of every last piece of “intimate” personal information a daily chore. It is in this world, sadly, where the most recent confirmation of just how expansive Big Brother is, will merely be granted with a yawn by the vast majority of the population.

Finally, here’s a thought for the cash-strapped US government: when the Fed is no longer able to monetize the US deficit, the NSA can just hire Goldman to IPO the NSA “social network.” It should raise at least a few hundred billion in cash.

2 thoughts on “What Your ‘Startlingly Intimate, Voyeristic’ NSA File Looks Like”