Despite being told for weeks that the always efficient US equity market had “priced in” the end of Twitter’s lock-up period, it seems (surprise, well not really – the riggedyness is such that stock have long forgotten what it means to discount anything) that it hadn’t. Yesterday, some Twitter insiders were promising they would hang on to their stock now that the selling lock up has been lifted.

“We’re going to hold,” said Chris Sacca, an early Twitter investor, who manages about 15 percent of the company’s shares through various arrangements. Analysts and other investors are focusing too much on user growth and instead should “just recognize how much money Twitter is going to continue to put up on the board.”

Co-founder Jack Dorsey and Chief Executive Officer Dick Costolo will also keep their stakes, the company said in an April 14 regulatory filing. Rizvi Traverse Management LLC, whose 14 percent ownership makes it the single-biggest investor, won’t sell either, people with knowledge of the situation have said. Some of Sacca’s holdings are included in Rizvi.

“This should, arguably, help alleviate some of the potential pressure on the stock in the coming weeks,” Arvind Bhatia, an analyst at Sterne Agee & Leach Inc., wrote in a note to investors. He has the equivalent of a hold rating on the stock.

Turns out it didn’t. And turns out that, judging by today’s price action where TWTR is down another 7%, and is down over 50% from its all time high hit in late December, the insiders lied.

The selling pressure began in the last hour of yesterday’s trading: 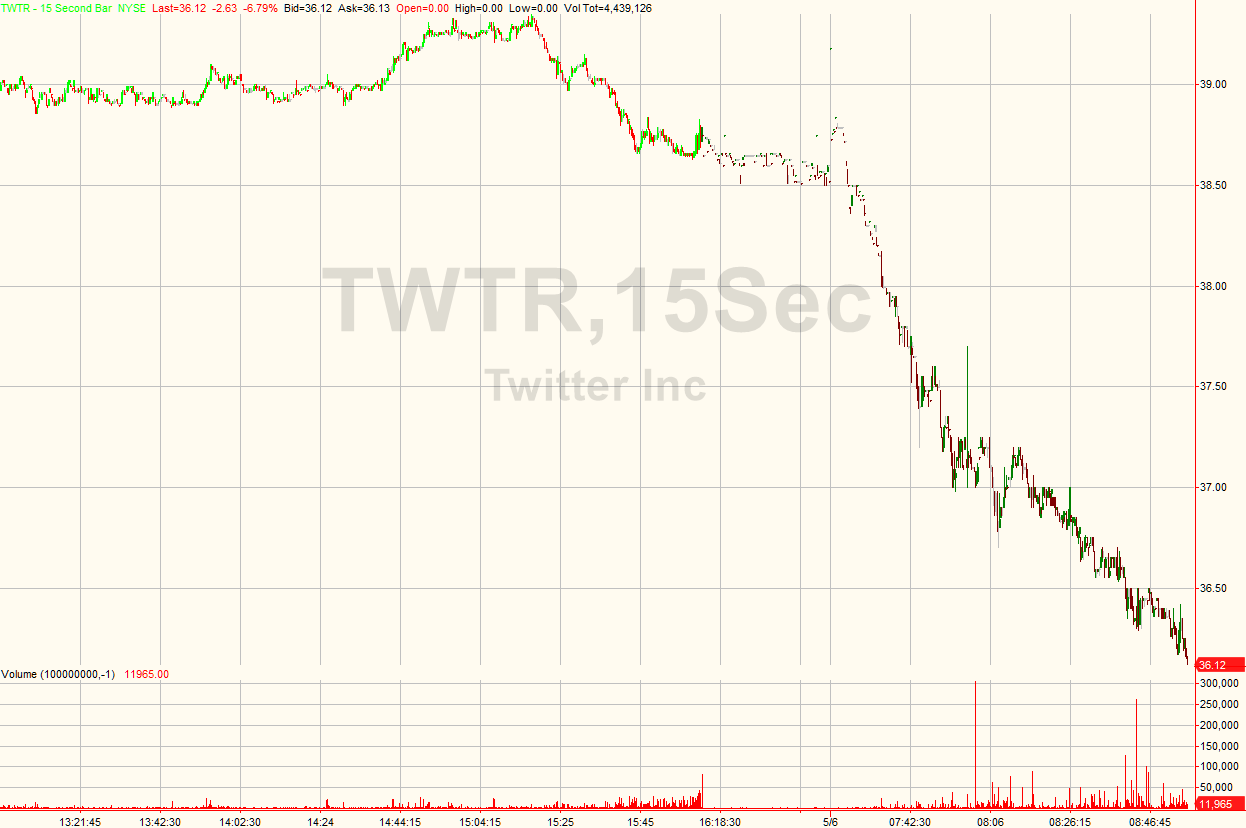 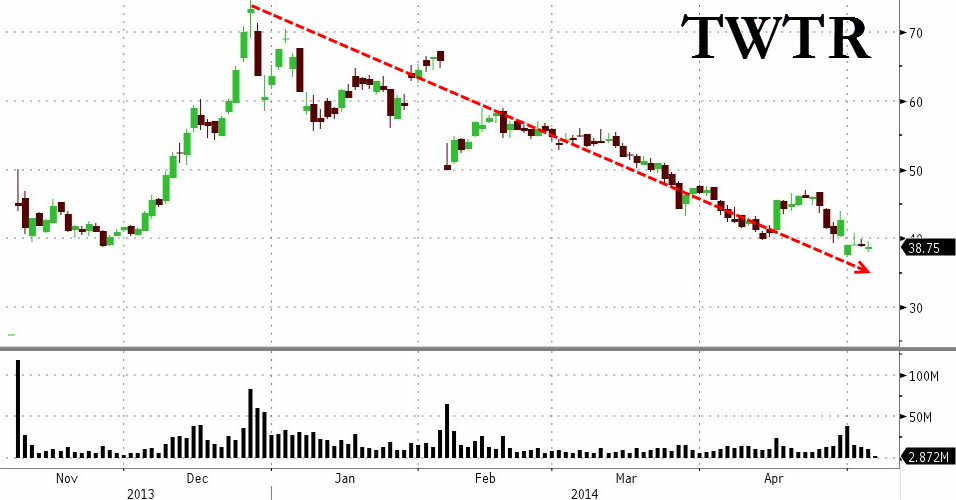