The people should demand regular audits of those gold reserves.

– Was The Price Of Ukraine’s ‘Liberation’ The Handover Of Its Gold To The Fed?

A month ago, it was alleged, that Ukraine – under cover of night – loaded its gold reserves onto a plane and shipped them off (for safekeeping) in the US, as the potential price of ‘liberation’. So how ironic that, given the massive gas debts that Ukraine owes to Russia (and prepayments pending), and sizable bond maturities pending, the first thing that Ukraine’s National Bank governor will be buying with his freshly minted loan from the IMF is… buy a billion dollars of gold.

We presume Gazprom still gets its payment and bondholders get paid off – because that seriously impair ‘investor confidence’ which is, as they note below, is what is crucial to stabilize the nation’s economy… but it seems the Central bank has other priorities…

Kiev will use the first portion of the International Monetary Fund (IMF) loan for augmenting its gold and currency reserves in order to stabilize the financial situation in the country, National Bank Chairman Stepan Kubiv said on Monday, May 5.

“Over $1 billion from the first portion of the loan will go into the gold and currency reserves of Ukraine, which will strengthen the financial system of the country. The remainder will go to the budget to stabilize the macroeconomic and financial situation in Ukraine,” he said.

Kubiv believes that the IMF loan “will send a positive signal to foreign investors and domestic entrepreneurs, improve the investment climate in the country and stabilize the hryvnia”.

On April 30, the IMF Board of Governors approved a two-year standby credit facility of $17 billion for Ukraine. The first portion will amount to around $3.2 billion.

What is odd is that Ukraine’s gold reserves have been soaring in recent years – so it’s hardly been a confidence-inspiring move for Ukrainian entrepreneurs and foreign investors so far? 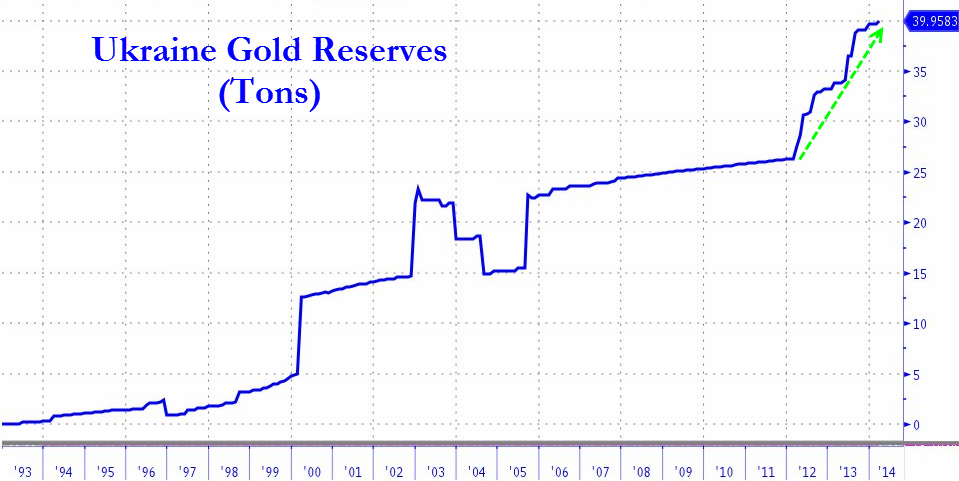 So the big question we are left wondering is – whether all the IMF is doing is “giving” Ukraine money so it can buy gold as proxy for the NY Fed…
with that next batch of gold also set to be confiscated by the Fed and shipped off to Germany (and maybe even Switzerland) to cover their growing repatriation demands. 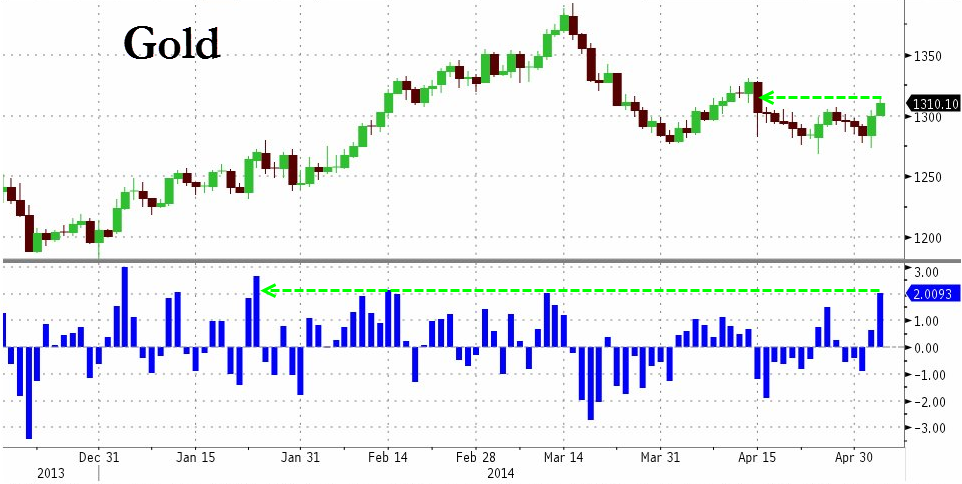