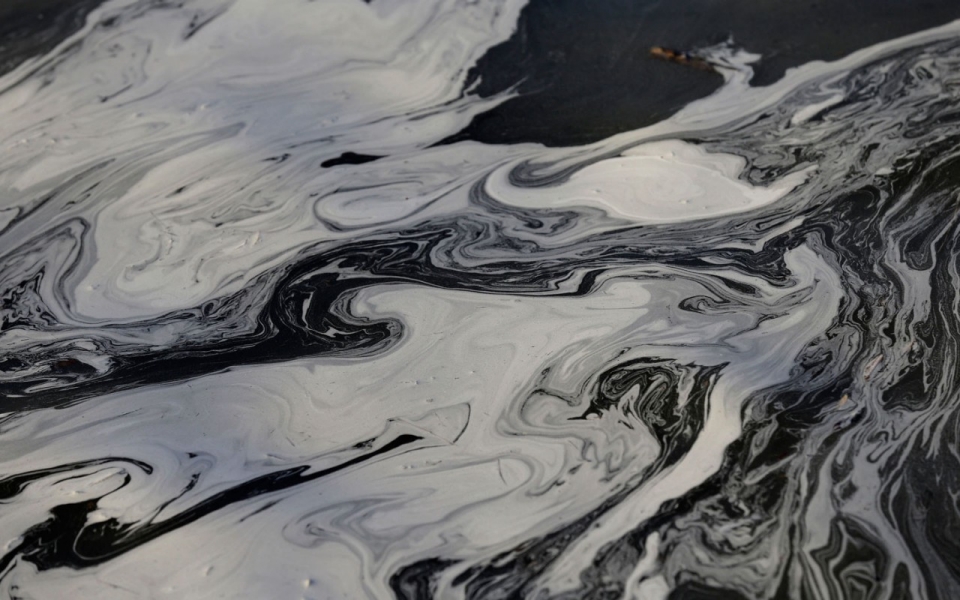 The greyish ash on the Dan River that runs between North Carolina, where the spill happened, and Virginia, where downstream communities rely on water from the river. This is what the river looked like Feb. 5, after the spill started 3 days before.

The greyish ash on the Dan River that runs between North Carolina, where the spill happened, and Virginia, where downstream communities rely on water from the river. This is what the river looked like Feb. 5, after the spill started 3 days before. Gerry Broome/AP

North Carolina’s environmental agency says it was wrong to declare the arsenic levels in the Dan River safe for people after a massive coal ash spill. An environmental group had said Friday that its tests indicated the water’s chemical levels were high.

The state Department of Environment and Natural Resources said Sunday a water sample taken two days after the spill was four times higher than the maximum level for people to have prolonged contact, such as swimming.

The drinking water from the nearest town downstream has not been affected. Officials say the water treatment plant in Danville, Va., is removing the arsenic and other toxins from the water.

Duke Energy says it permanently plugged the leak Saturday, six days after it was discovered.

Duke says up to 82,000 tons of ash from a coal-burning power plant mixed with 27 million gallons of contaminated water escaped

In addition to plugging the leak, Newton said Duke intends to clean up the river.

“Whatever it may be, you have our complete one hundred percent commitment to make it right. We take full responsibility.”

Critics charge that Duke Energy and the state government are too closely aligned, and that helped the company avoid regulation.

Over the last year, environmental groups have tried three times to use the federal Clean Water Act to force Duke Energy to clear out leaky coal ash dumps like the one that ruptured last week, spewing enough toxic sludge into a North Carolina river to fill 73 Olympic-sized pools.

Each time, they say, their efforts have been stymied — by the N.C. Department of Environment and Natural Resources.

For those who live by and rely on the river, the damage already done is heartbreaking.

“You could find people crying on the banks of the Dan at the Draper Landing in Eden, N.C.,” Tiffany Haworth, of the Dan River Basin Association, a conservation organization, told Al Jazeera on Thursday.

“The ash was visible on the banks and the river still flowed a grayish color. Some people here call this river the Beloved Dan and it is heartbreaking to know that it will be years, if ever, for it to fully heal.