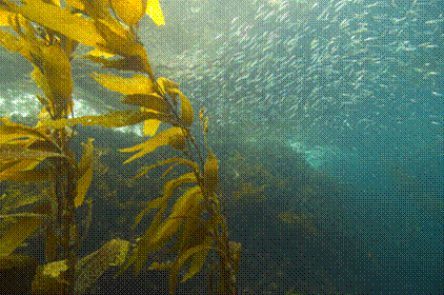 Traces of radioactive iodine were found in March 2011.

Cal State Long Beach researchers will monitor the state’s kelp forest for radioactive contamination from the meltdown of the Fukushima nuclear power plant in Japan, it was announced Monday.

Traces of radioactive iodine from the March 11, 2011, earthquake, tsunami and meltdown were detected about a month later in kelp along the Orange County shoreline.

The ongoing study, dubbed Kelp Watch 2014, will examine samples of Giant Kelp and Bull Kelp from along the California coast.

“The California kelp forest is a highly productive and complex ecosystem and a valuable state resource,” according to Steven L. Manley, a CSULB biology professor who is partnering with scientists from the Lawrence Berkeley National Laboratory.

“It is imperative that we monitor this coastal forest for any radioactive contaminants that will be arriving this year in the ocean currents from the Fukushima disaster,” he said.

The project includes the participation of 19 academic and government institutions and three other organizations/businesses. Sampling will begin in mid-February and will end in late winter, Manley said.