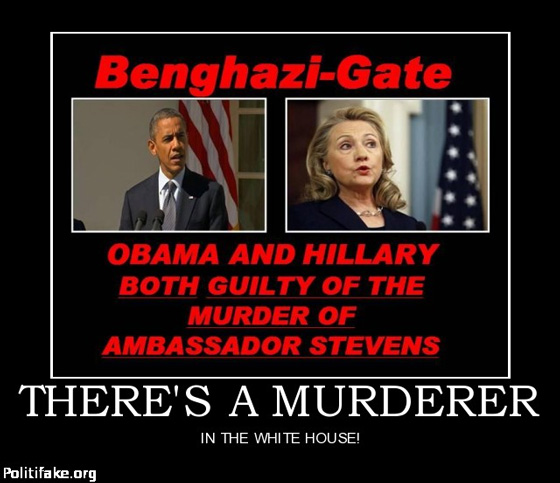 The facts necessitate that even the venerable CBS mainstream media machine reluctantly admits that the Thousands of Libyan missiles from Qaddafi era missing in action, are a central concern with the overthrow of the Libyan regime.

“In the case of Libya’s missing MANPADS, there was also concern they would get into the Syrian conflict. “Once they start getting sold on the black market, we can’t control them,” says one source.

According to the Business Insider, the veracity of this CBS source is questionable. Connect the dots and go back to the reason why a cover-up of the Benghazi murders becomes crucial to the long-term goals to destabilize the Middle East. The US Is Openly Sending Heavy Weapons From Libya To Syrian Rebels cites the following:

“The Obama administration has decided to launch a covert operation to send heavy weapons to Syrian rebels, Christina Lamb of The Sunday Times of London reports. Diplomatic sources told the Sunday Times that the U.S. “bought weapons from the stockpiles of Libya’s former dictator Muammar Gaddafi.”

Now compute the decades old design for the territory as stated by Wes Clark and the neocon dream. Glenn Greenwald provides further documentation in Salon that the various Middle Eastern and North African wars were planned before 9/11:

“General Wesley Clark … said the aim of this plot [to “destroy the governments in … Iraq, … Syria, Lebanon, Libya, Somalia, Sudan and Iran”] was this: “They wanted us to destabilize the Middle East, turn it upside down, make it under our control.” He then recounted a conversation he had had ten years earlier with Paul Wolfowitz — back in 1991 — in which the then-number-3-Pentagon-official, after criticizing Bush 41 for not toppling Saddam, told Clark: “But one thing we did learn [from the Persian Gulf War] is that we can use our military in the region – in the Middle East – and the Soviets won’t stop us. And we’ve got about 5 or 10 years to clean up those old Soviet regimes – Syria, Iran [sic], Iraq – before the next great superpower comes on to challenge us.” Clark said he was shocked by Wolfowitz’s desires because, as Clark put it: “the purpose of the military is to start wars and change governments? It’s not to deter conflicts?”

The diabolic union between Neoconservatives and Neoliberals produces a litter of demonic adventures that build up the body count and push the region into a globalist cesspit of satanic dimensions. In order to comprehend the interconnection of conflicts it is important to understand the deceptive war on terror and the assembled alliance with the Al Qaeda bogyman.

The message in the essay, It’s Dishonest to Talk about Benghazi Without Talking About the Syrian War, is a reality that many cowardly Americans are unwilling to deal with, much less act upon.

“Both parties are avoiding the bigger picture … The fact that Democrats and Republicans alike have been using Benghazi as the center of U.S. efforts to arm the Al Qaeda-affiliated Syrian rebels.

Specifically, the U.S. supported opposition which overthrew Libya’s Gadaffi was largely comprised of Al Qaeda terrorists. According to a 2007 report by West Point’s Combating Terrorism Center’s center, the Libyan city of Benghazi was one of Al Qaeda’s main headquarters – and bases for sending Al Qaeda fighters into Iraq – prior to the overthrow of Gaddafi:”

What possible justification is there to intervene in Syria? The presupposed civil war is really a designed coup d’état overthrow that only benefits a greater Israel regional expansion. Note how the policy wonks work in their nefarious planning for destabilization. The flagship establishment mouthpiece Foreign Policy has the mission to signal the intentions of government stratagem as the master plans are implemented, in the article

“In order to re-up its strategy, the administration should employ a cross-governmental approach that enlists the Treasury, Commerce, and Defense Departments. The Treasury Department should use sanctions to limit Assad’s ability to repatriate funds from oil exports and more properly enforce the 2012 GRAHVITY sanctions prohibiting the transfer of internet, communications, or surveillance technology to Syria. The Treasury Department should also prohibit U.S. companies from doing business with Assad’s enablers by designating those entities that continue to supply him with resources. Congress could bolster the latter measure by requiring federal contractors to certify that they are not in business with Assad’s enablers. Congress should also prohibit foreign financial institutions enabling Assad from doing business with U.S. banks. Meanwhile the Commerce Department should secure tighter control over the delivery of information and communications technology to Syria especially through authorized foreign distributors. Finally, as mandated by an amendment to the National Defense Authorization Act of 2013, the Pentagon should cease its business with Rosoboronexport, one of Assad’s chief enablers, instead of entering into new contracts as it has expressed the intention to do.”

What do you call the treachery, when your own government is committing the subversiveness?

The cryptic psychopolitical spook Dr. Steve Pieczenik presents an astounding analysis that answers this question in the You Tube, Benghazi Truth: Obama Was Running Secret Army. His call to action is a rare and daring challenge to the military that is worth a sober assessment if for no other reason than observing the anxious and flabbergasted reaction from Alex Jones. The treason committed, depends upon the nationalist loyalties of the government agents. In this case, the evidence seems well placed that the security apparatus is serving the wrong master. The substance of the Benghazi duplicity and scandalous evasion of accountability is an entrenched practice that permeates every level of command and control. The courage of Gregory Hicks, Mark Thompson and Eric Nordstrom is an act of legitimate patriotism seldom seen out of Foggy Bottom.

If professional State Department public servants can speak truth to power, where are the guts of the General Military Officers? If the Joint Chiefs of Staff is a brood of poodle puppies and lap dogs, God Save the Republic. Dr. Pieczenik is In Search of James Mattoon Scott. Most subservient subjects are oblivious to the Seven Days in May scenario. Perpetuating the myth, that civilian command preserves the constitutional liberties of citizens, does not conform to the record of presidential dictatorship. When state treason is codified normality, the mere murder of four more Americans is hardly an afterthought to the executioners of the country. Respecting commander in chief traitors is an absurd national death wish.