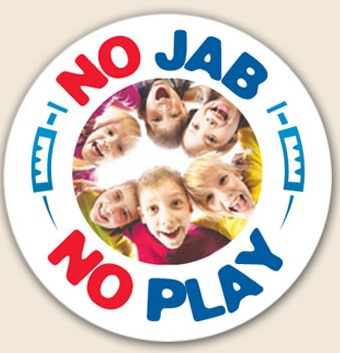 In a new low for even the mainstream media, the Daily Telegraph and Sunday Telegraph newspapers in Australia are pushing a campaign of outright medical child abuse they call “NO JAB NO PLAY.” The campaign demands that unvaccinated children be barred from all social contact with other children and condemned to the life of a social outcast where parents are presumably supposed to raise them in cages in dark basements. The paper has launched its horrific, anti-human-rights campaign, “NO JAB NO PLAY” that demands children who are not vaccinated with state-mandated chemicals (which include mercury, formaldehyde, aluminum and other toxins) be denied interaction with other children.

I’m not making this up. The paper, which seems to be run by a band of human rights haters and child abuse proponents, all but admits wanting to turn children into anti-social monsters and psychological criminals — just one of the side effects of forcing children to be raised without healthy social interaction with other children. This is the first time in history that an Australian newspaper has directly called for the medical abuse of children — and seem to be happy about doing so! Is their editor the ghost of Jimmy Saville from the UK?

It’s a new low for even the Telegraph. Click here to see the campaign push by the newspaper.

See the image of the paper’s “No Jab No Play” campaign on the right. This is the actual image taken from the paper’s editorial page where they are pushing this idea of socially condemning all children whose parents do not submit to state-sponsored medical terrorism.

Oh, and by the way: The Telegraph takes money from vaccine manufacturers while pushing their editorial agenda. Yet it never discloses this in its medical child abuse campaign for mandatory vaccinations. What we have here is a clear conflict of interest with the paper now being caught with its hand in the cookie jar of Big Pharma cash flow.

Here’s one full-page ad the paper ran for Pfizer, a globally-known vaccine manufacturer. There are hundreds more examples of ads from vaccine companies who are financially supporting The Telegraph and essentially paying the salaries of its staff.

Are the Telegraph’s editors vaccine-damaged or just scientifically illiterate?

To justify this medical child abuse against children, the Telegraph engages in an astonishing display of junk science logic that demonstrates the complete illiteracy of the paper’s editors. It says, “Most parents are rightfully fed up with those who put other people’s children at risk.”

So let’s examine that with actual scientific reasoning, shall we? (Something with which the Telegraph is entirely unfamiliar.)

But hold on a second. Wasn’t group 1 (“vaccinated”) supposed to be immune to the disease precisely because they were already vaccinated?

If vaccinations work, then a vaccinated child should be able to strut through even the most snot-nosed, coughing, sneezing, sick group of other children and have no concern whatsoever for catching any disease, right? The vaccine offers them 100% protection, doesn’t it? So why would vaccinated children need to fear unvaccinated carriers?

Here is where the entire myth of vaccination falls completely apart — and where the editors of the Telegraph show just why they are so easily discredited on issues requiring actual scientific reasoning. Vaccines do NOT offer 100% protection. In fact, if you look hard at the numbers for things like flu vaccines, it turns out that vaccines offer, at best, about a 1% protection effect. Flu shots, in other words, are worthless on about 99% of the children who receive them.

Even worse, flu shots always contain neurologically-damaging chemicals, so they risk harm to children’s brains. The flu shot manufacturers could, if they chose, produce “clean” flu shots without methylmercury (a potent brain poison), formaldehyde, aluminum or other adjuvant chemicals, but they choose not to. Thus, every flu shot administered to your child is like playing Russian Roulette with your child’s brain. Sometimes the result is disastrous and the child goes into a seizure. When they emerge from the seizure hours later, they are suddenly autistic, now a victim of permanent brain damage caused by vaccines.

The Telegraph doesn’t seem to mind this idea, however. After all, the paper wants unvaccinated children to be medically abused and live like anti-social monsters, growing up in total isolation and suffering immense developmental harm as a result. It’s no surprise the paper’s editors also don’t mind the fact that what they are pushing causes provable brain damage to children, turning healthy young boys and girls into screaming, moaning, lobotomized human beings who will require a lifetime of social support to keep alive and functioning in society. That’s a good thing, according to the Telegraph. The more lobotomies, the better! After all, somebody’s gotta be left behind with a low enough IQ to subscribe to the paper.

Now, to understand this even further, the real truth about all this is that vaccines weaken the immune system against future infections, and it’s all the non-vaccinated children who are statistically far more naturally immune from infection. Take a sample of 100 sick children anywhere in Australia, and you’ll find that the ones who have the most severe symptoms are the ones who were vaccinated. Every measles outbreak happens among children who were vaccinated against the measles. Flu outbreaks are carried and spread primarily by children who receive flu shots! This is the “inconvenient truth” the vaccine-pushing medical establishment doesn’t want you to know.

Vaccinations are now a weapon against children

But the real upshot of all this is that the Telegraph is now the first newspaper in the world to recommend that vaccines be used as an anti-human-rights weapon against children. By saying no to vaccines as an informed, scientifically literate parent, you might soon be condemning your child to the life of a social outcast… a psychologically-imbalanced misfit. This is medical child abuse at its worst, and it’s openly endorsed by the Australian media.

This no doubt pleases the Telegraph in the same way that destroying the planet Alderaan might please the Grand Moff Tarkin from the Star Wars universe. What’s a few billion lives lost compared to the raw power of total control over the lives of other humans, after all? Medical choice is a terrible, terrible thing, and parents must be denied any choice whatsoever… at gunpoint, if necessary, for their own good! 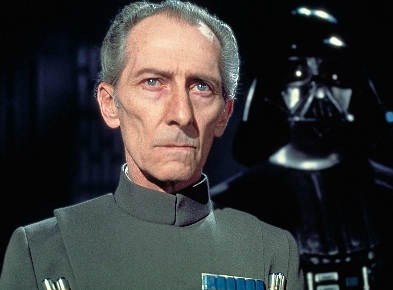 This is the logic of The Telegraph, a disgusting, anti-human rights, anti-children rag of vaccine quackery and cognitively impaired writers who most likely are vaccine damaged themselves. Perhaps that’s their wish: to pay forward the “gift” of vaccine lobotomization to the next generation of children so that yet more Australians can grow up with sufficient brain damage to actually work for the Telegraph.

I’m just curious what’s next for the Telegraph. Is this “NO JAB NO PLAY” campaign doesn’t fly, will they up their game and recommend that all unvaccinated children be sexually molested, too? What are the limits to the degree of child abuse the Telegraph thinks is justifiable to make sure little children are penetrated with deadly chemical injections? “Sick” doesn’t even begin to describe what’s going on at the Telegraph.

These people are bordering on criminally insane, and if any state-sponsored action is to be taken in all this, I would recommend a police investigation of the Telegraph editors to make sure they aren’t abusing their own children in some sick way in their own homes. They obviously think there’s nothing wrong with abusing children in order to accomplish their goals. Might they also be abusing their own?

Source:
NO JAB, NO PLAY campaign of medical child abuse, advocated by The Telegraph.