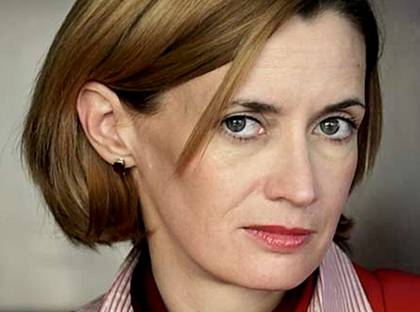 One year after the infamous Jamie Dimon “tempest in a teapot” fiasco, which promptly turned out to be the biggest TBTF prop-trading desk debacle in history, things were going well for JPMorgan.

On one hand, the chairman of the TBAC (and thus US Treasury advisor and policy administrator), and former LTCM trader, Matt Zames, was just recently promoted to the sole second in command post at the biggest US bank (and 2nd biggest in the world) by assets, and first in line to take over from Jamie Dimon. On the other hand, one of Mary Jo White’s former co-workers, and a JPM defense attorney from Debevoise just became head of the SEC’s enforcement division, in theory guaranteeing that the US government would never do more than slap the wrist of JPM in perpetuity.

And then, when everything seemed like smooth sailing ahead, the Federal Energy Regulatory Commission (FERC) showed up on March 13, the day before Carl Levin’s committee released its latest report on JPM’s prop trading blunder, and according to the NYT, alleged that JPM in the past several years, quietly became nothing short than the next Enron.

Government investigators have found that JPMorgan Chase devised “manipulative schemes” that transformed “money-losing power plants into powerful profit centers,” and that one of its most senior executives gave “false and misleading statements” under oath. The findings appear in a confidential government document, reviewed by The New York Times, that was sent to the bank in March, warning of a potential crackdown by the regulator of the nation’s energy markets.

Another “tempest in a teapot”… Or is JPM reprising the role of the most hated company from the early 2000s, Enron, now that absolutely everyone’s attention is focused on its purportedly criminal activity, potentially a problematic development? It very well might be.

The JPMorgan case arose, according to the document, after the bank’s 2008 takeover of Bear Stearns gave the bank the rights to sell electricity from power plants in California and Michigan. It was a losing business that relied on “inefficient” and outdated technology, or as JPMorgan called it, “an unprofitable asset.”

Funny: another “case” that has arisen, so far at mostly in the tinfoil hat periphery of the blogosphere is that JPM also inherited some massive precious metal shorts when it was handed over Bears Stearns on a Fed-subsidized silver platter, and it is the legacy of these short positions that has encouraged various JPM employees, such as Blythe Masters for example, to not only do everything in their power to push the price of gold and silver lower, but to align directly with the Fed, which wants nothing more than to destroy every single last believer in real, not paper-based, “quality-collateral.”

For now, however, let’s get back to what was previously conspiracy theory, and is now fact:

Under “pressure to generate large profits,” the agency’s investigators said, traders in Houston devised a workaround. Adopting eight different “schemes” between September 2010 and June 2011, the traders offered the energy at prices “calculated to falsely appear attractive” to state energy authorities. The effort prompted authorities in California and Michigan to dole out about $83 million in “excessive” payments to JPMorgan, the investigators said. The behavior had “harmful effects” on the markets, according to the document.

Uh-oh. Sounds suspiciously close to what a certain Houston firm, once upon a time called Enron (advised by none other than one Paul Krugman) was doing to the California electricity market. And where the FERC and legacy ENRON instances arise, sparks are sure to fly.

But what is worst for JPM, and its brilliant (abovementioned) employee, often times credited with creating the Credit Default Swap product and market (simply an instrument to trade credit with negligible upfront collateral and thus allow equity option-like speculation in the credit realm), is that FERC may be seeking to throw the book at none other than Blythe Masters.

In the energy market investigation, the enforcement staff of the Federal Energy Regulatory Commission, or FERC, intends to recommend that the agency pursue an action against JPMorgan over its trading in California and Michigan electric markets.

Blythe did a bad, bad thing. So bad she lied about it under oath.

The regulatory document cites her supposed “knowledge and approval of schemes” carried out by a group of energy traders in Houston. The agency’s investigators claimed that Ms. Masters had “falsely” denied under oath her awareness of the problems and said that JPMorgan had made “scores of false and misleading statements and material omissions” to authorities, the document shows.

Oops. And it’s only downhill from here, because what follows, are the two scariest words a banker can hear in the context of a potential enforcement decision: “individually liable”

For now, according to the document, the enforcement officials plan to recommend that the commission hold the traders and Ms. Masters “individually liable.” While Ms. Masters was “less involved in the day-to-day decisions,” investigators nonetheless noted that she received PowerPoint presentations and e-mails outlining the energy trading strategies.

The bank, investigators said, then “planned and executed a systematic cover-up” of documents that exposed the strategy, including profit and loss statements.

The investigators also referenced an April 2011 e-mail in which Ms. Masters ordered a “rewrite” of an internal document that raised questions about whether the bank had run afoul of the law. The new wording stated that “JPMorgan does not believe that it violated FERC’s policies.”

Looks like the FERC disagreed. But how could it? It was only a year ago that Blythe was on CNBC promising that not only she, but JPMorgan would and could never do anything wrong in the commodities, or any other, arena. Who can possibly forget her unforgettable platitude: “What is commonly out there is that JPMorgan is manipulating the metals market. It’s not part of our business model. it would be wrong and we don’t do it.”

But… if she fabricated data, blocked regulatory investigations, and lied under oath could she possibly also have… lied to CNBC? No… that is unpossible.

Well, JPM can hope that its guy at the SEC, Andrew Ceresney, who happens to be in charge of the porn-addicted agency’s “enforcement” division, has just enough clout to make that other regulator, the FERC forget all about its inquiry, and its factually-justified allegations.

Or, failing that, and should justice finally prevail in this banana republic for one of the TBTF banks, what may just happen is that Blythe may end up in prison. Minimum security, of course, and for a very brief period of time, with all of her (allegedly) ill-gotten and accumulated wealth waiting for her upon reentry into society. And that’s fine.

But what we hope for is that there is at least a brief period of time when Blythe’s finger is not be on the gold “sell” button. Not because we want to be deprived of the opportunity to buy physical gold and silver at far cheaper than fair value prices (which, by the way, are meaningless when expressed in dying fiat), but because we are simply curious how high gold may go should JPM’s commodity queen finally be put away temporarily… or permanently.

Even for a total banana republic, this does not seem like such a far-fetched request.