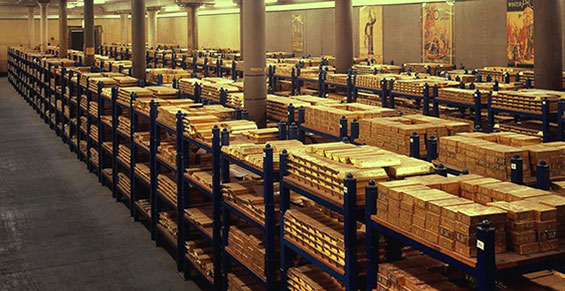 Over the last 90 days without any announcement, stocks of gold held at Comex warehouses plunged by the largest figure ever on record during a single quarter since eligible record keeping began in 2001 (roughly the beginning of the bull market). See chart below. 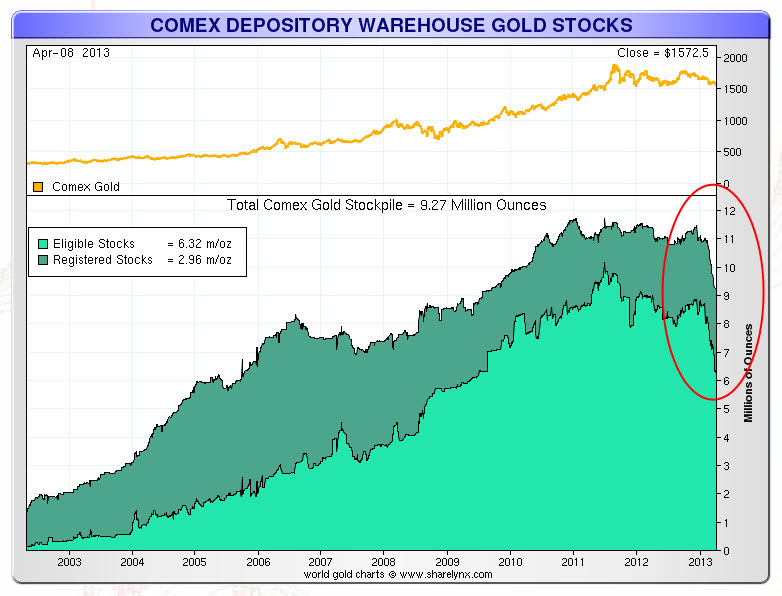 According to chart sage Nick Laird, this data indicates that, “Eligible stocks which are owned in LBMA/Comex good delivery form are being drawn down—which means they are being removed from the warehouses. As to how and why they are [being] removed, that is a mystery. [Up until now], eligible stocks were on the continual increase throughout the bull market. Now that trend has changed.”

What is most interesting in reviewing this chart data, is seeing where the largest drops have occurred. The largest inventory drainage is being reported from JP Morgan Chase & Scotia Mocatta warehouses. See charts below. 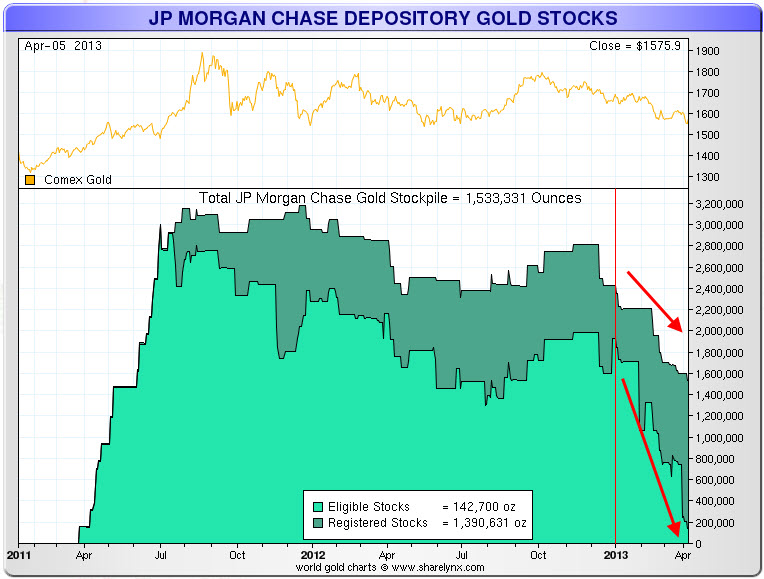 JP Morgan Chase’s reported gold stockpile dropped by over 1.2 million oz.’s, or rather, a staggering $1.8 billion dollars worth of physical gold was removed from it’s vaults during the last 120 days. 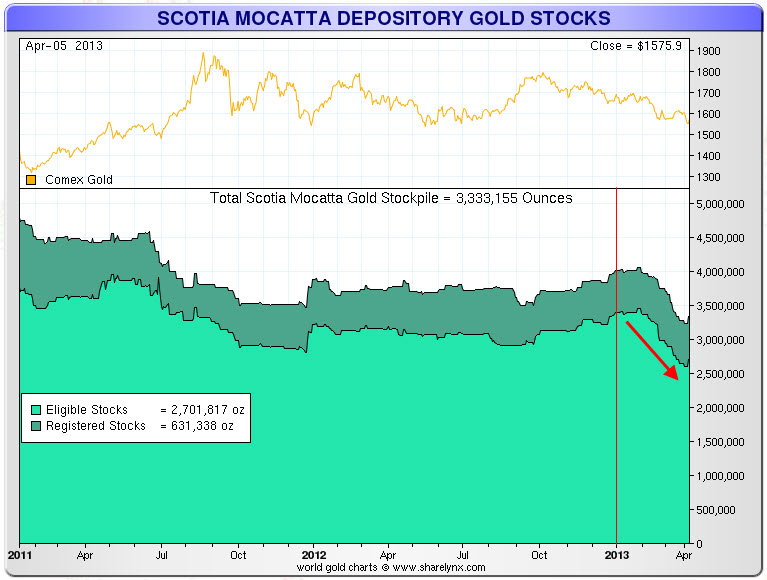 Scotia Mocatta’s gold stockpile removals were nominal in size when compared to JPM’s, but registered in at over 650k oz’s of gold, or over $1 billion dollars worth of physical gold was removed from its vaults over the last 90 days.

In further conversation with Nick on the implications of this chart data, he commented that, “The owners have taken [their gold] offsite, and it’s no longer stored in Comex warehouses…Has the bull market ended? Are people taking their gold out of Comex storage [because] of lack of trust? It’s a mystery, [but] I think it’s more the majority of long term holders are taking their gold elsewhere…because they no longer want to store at Comex.”
—
Bottom line: While mainstream voices question whether or not gold is still in a bull market, smart money appears to be questioning something else. They appear to be asking themselves, “Do we want to continue storing our physical metal within the Comex system? How can we best whisk it away from fraud, theft, or bankruptcy (including our own)?”

The timing of this trend change is also quite shocking, as it’s happening during a time in which public sentiment towards the metals are at their worse levels in years.

The boy who cried wolf has certainly cried many times over the years with regard to the Comex, but if there was ever a time to be concerned of a major market event or default—now might be it.