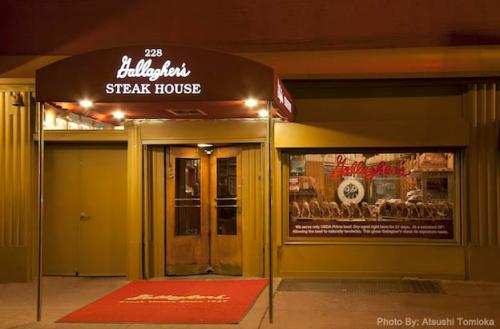 The Department of Labor’s WARN (Worker Adjustment and Retraining Notification) website may have been exempt from layoff notices related to the fiscal cliff, but it still provides a sufficiently (bleak) complete picture about the real nature of layoffs and business cycle in general in America’s busiest city. Which is why it was precisely using the WARN website that we learned that one of New York’s most historic steakhouses, “NY’s Prime Steakhouse since 1927” Gallagher’s, located on 52nd street, and which survive the great depression, is shutting down on January 16. Surely neither the surging price of meat, nor the ability of patrons to spend charge $46.95 for an 18 ounce sirloin, has had any impact on the decision to close this iconic restuarant which survived the Great Depression, but failed to survive Tim Geithner’s “recovery“.

Welcome to the “recovery” in which there is no inflation, unless you dare to eat, and where cash flow grow on Magic Money Trees (MMT), reaching everywhere but where it is supposed to. Oh, and where the government creates wealth. Lots and lots of wealth. And where cash cows are served medium rare.