The ECB just disclosed its much anticipated weekly purchases under the SMP (or direct monetization) program, which at €22 billion came well above expectations of €15 billion, and represents the biggest weekly total in the 66 weeks of purchases under the program, more than the previous record €16.5 billion purchased in the inaugural week of the SMP. Furthermore, as has been disclosed before on Zero Hedge, with a regular (T+3) settlement on SMP purchases, this means that the full weekly total will not be clear until next week’s number is announced, and the presented number is only indicative of the pre-settled purchases of Italian and Spanish bonds. As before, what happens under the SMP is irrelevant (although is occurring as predicted by Zero Hedge back in November, when we said the SMP total is about to double as the crisis spreads) since the only thing that matters is when and how big the EFSF will become. Continuing monetizations at this rate under the SMP is political suicide (because make no mistake: the ECB is nothing but a political player now) for JC Trichet and his Italian soon to be replacement. We can’t wait to hear Germany’s reaction to the fact that cumulative SMP purchases (and thus “Weimar” risk) increased by 30% in one week. 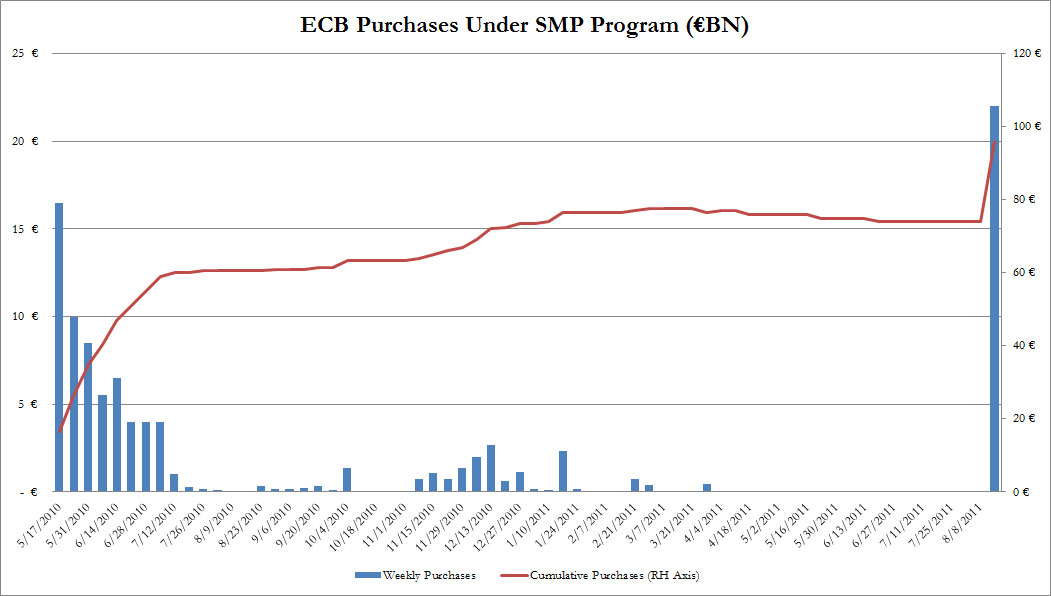