Silver-110m, half life about 250 days, wouldn’t have been discovered unless the control rods had melted at Fukushima I Nuclear Power Plant.

There was the news in early April that radioactive silver was detected in South Korea. There was no way the same nuclide wasn’t falling in Japan if it could fly all the way to Korea, I thought.

It was not until 2PM on July 29 that the Ministry of Education and Science announced the “reading of environmental radioactivity level by prefecture [Fallout]” for March 2011.

What’s the point of telling us now? Just for the record?

Radioactive materials that were falling in the Kanto region in March, other than iodine-131, cesium-134 and -137, are:

They look to be the nuclides coming out of melted fuel rods. No plutonium, strontium or uranium are mentioned.

The level of radioactive iodine (131) and cesium (134, 137) is also markedly high in Kanto. It is particularly high in Tochigi and Ibaraki Prefectures, and it is higher in Tokyo than in Saitama or Chiba. The area with the elevated level of radioactive fallout includes Shizuoka and Nagano Prefectures. For details for other prefectures, please go to the Ministry of Education website. 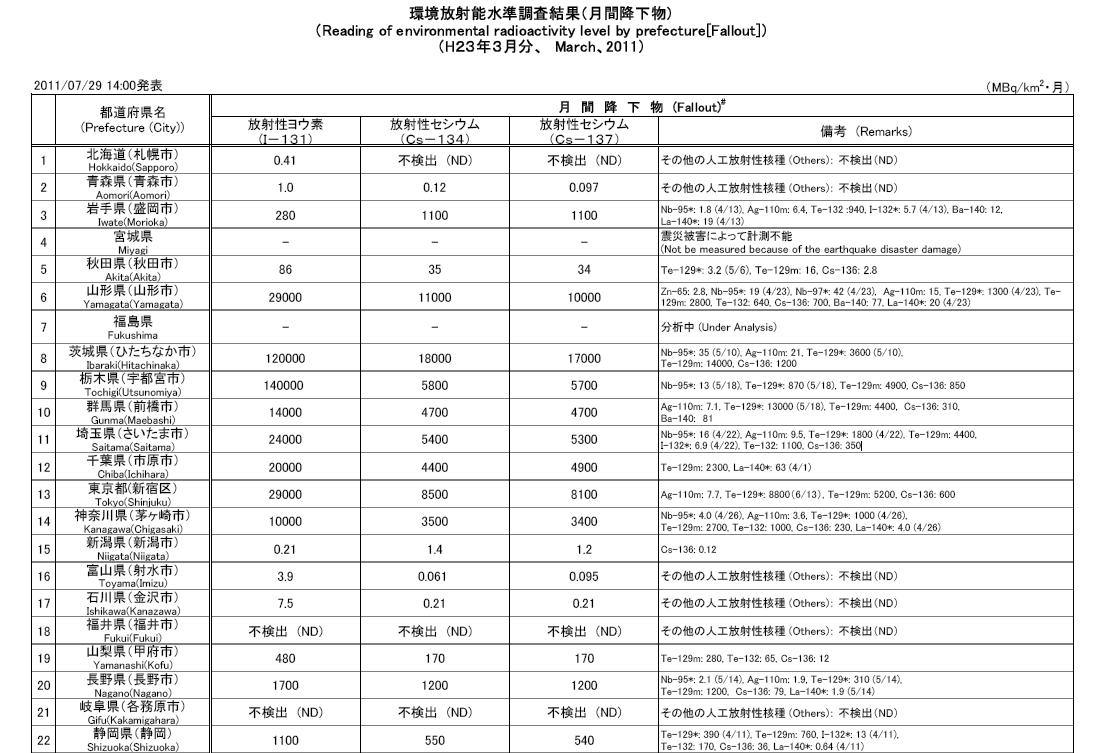