A month ago, Zero Hedge first reported that Bill Gross had taken the stunning decision to bring his Treasury exposure from 12% to 0%: a move which many interpreted as just business, and not personal: after all Pimco had previously telegraphed its disgust with US paper, and was merely mitigating its exposure.

This time, in another Zero Hedge first, we discover that it is no longer business for Bill – it has now become personal (and with an attendant cost of carry).

In March, Pimco’s flagship Total Return Fund (TRF) has now taken an active short position in US government debt: -3% on a Market Value basis (or $7.1 billion), and a whopping -18% on a Duration Weighted Exposure basis.

And confirming just what PIMCO thinks of US-related paper is the fact that the world’s largest “bond” fund now has cash, at a stunning $73 billion, or 31% of all assets, as its largest asset class on both a relative and absolute basis.

We repeat: cash is more than PIMCO’s holdings of Treasurys and Mortgage securities ($66 billion) combined. To paraphrase: in March PIMCO was dumping everything related to US rates (see chart below).

This is the first net short position that PIMCO has had in Government-related debt since the Great Financial Crisis of 2008, and going positive in February of 2009 only after it became clear that the Fed would commence monetizing US debt one month later.

This is the closest that Gross has come to making a political statement and is now without doubt putting his money where his mouth is. The only event that could possibly derail Gross’ thinking is a huge market crash forcing a rush to Treasury safety. Alas, as has been made all too clear recently, US debt is no longer the safe haven it once was.

Which begs the question: when will the TRF break out a “gold” asset holdings line item. 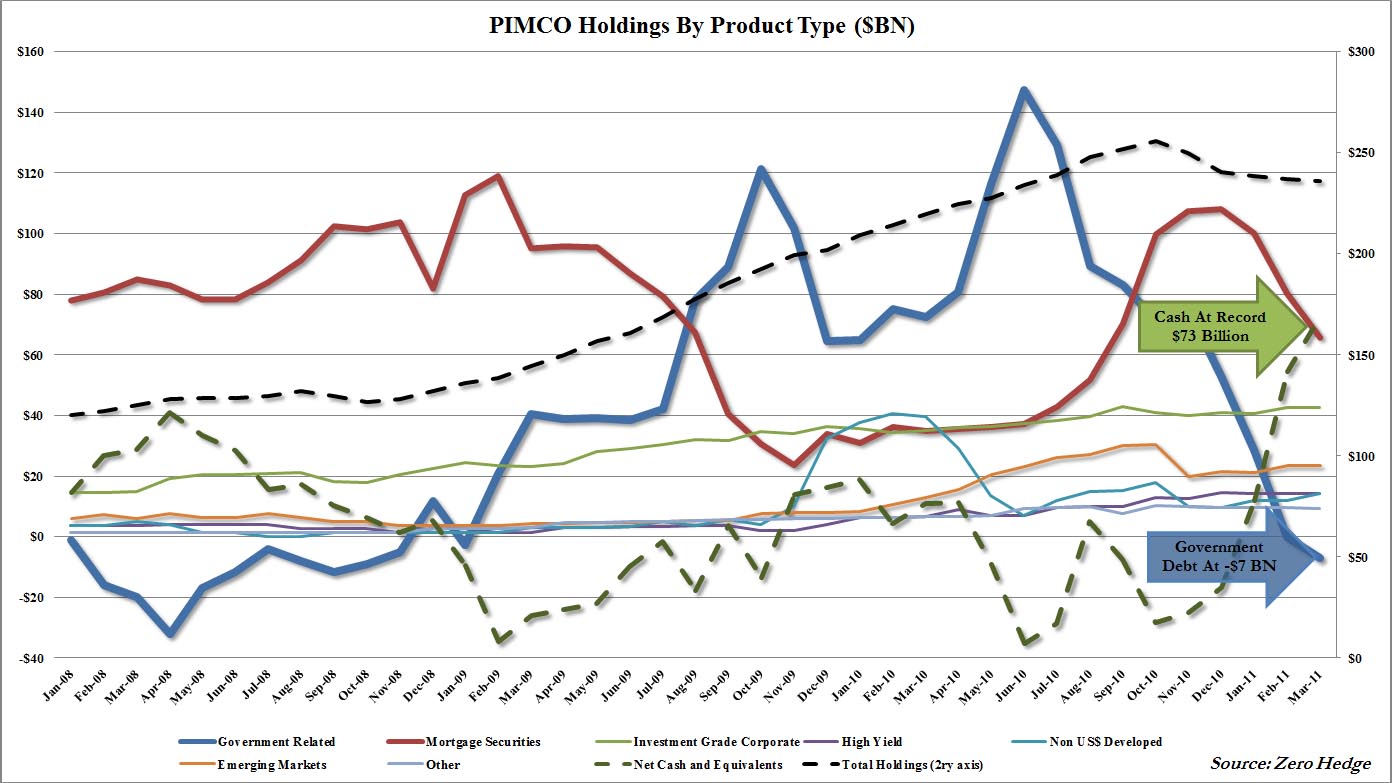 And another side effect of the firm’s scramble away from debt and into cash is that the effective duration of TRF is now down to 3.6: only the second lowest since the 3.38 posted in December of 2008… when the world was on the verge of ending. 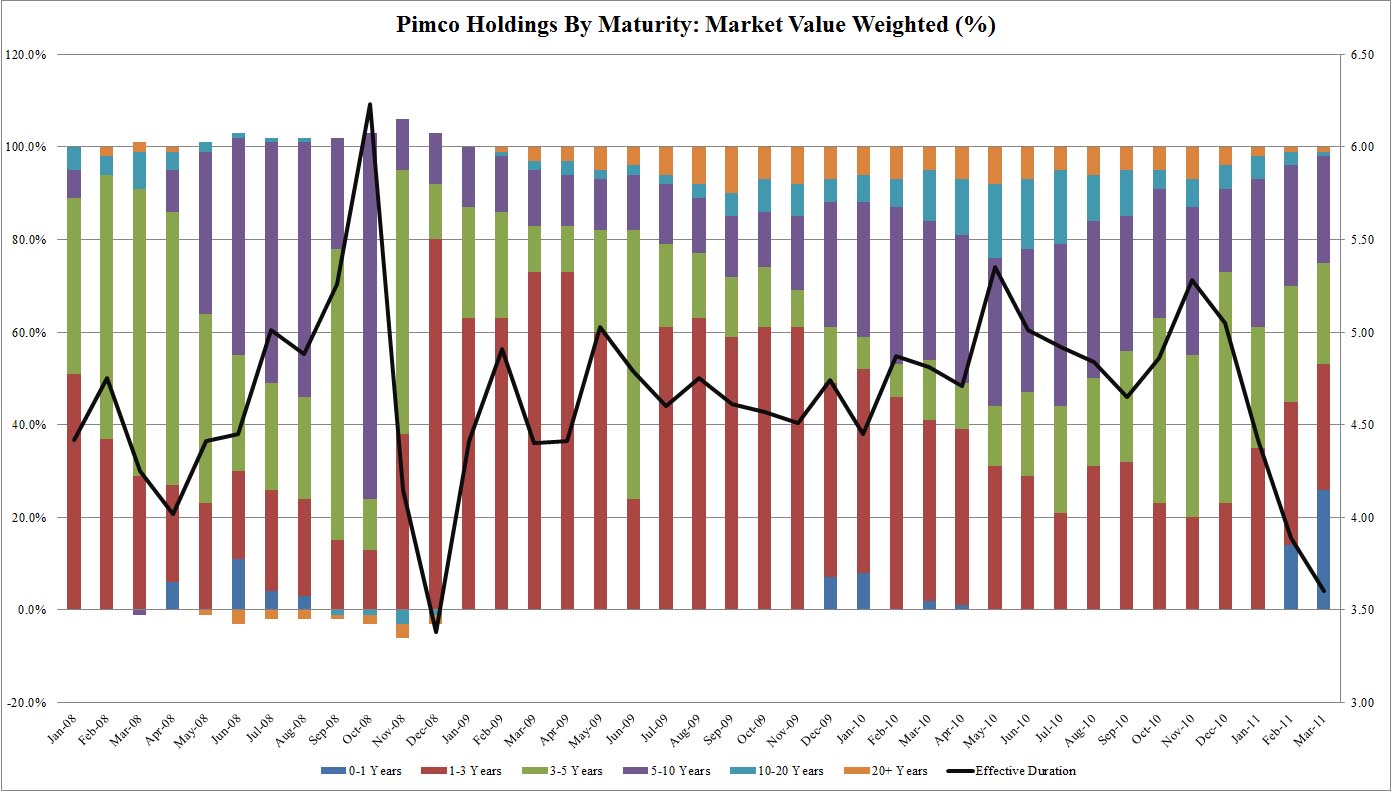 That Bill Gross is willing to risk a surge in redemptions (after all who would be wiling to pay PIMCO to manage a third of their assets in the form of supposedly devaluating cash) in order to make a statement about the credibility of the US government, and specifically the viability of its IOUs, is easily the only thing that the US government has to consider when evaluating the prospects for funding trillions and trillions of US deficits at “acceptable” rates in the absence of further quantitative easing by the Chairman.

If Gross is indeed right, something very wicked this way comes.