Hanging by your Fingernails – The Fukushima Meltdown 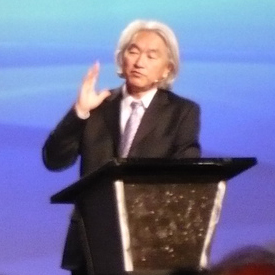 As I mentioned before, the accident so far in Fukushima is progressing in three acts. The first act was the earthquake and tsunami, which immediately wiped out all emergency cooling systems simultaneously at all three reactors and all hell has broken loose.

Act II was the enormous damage done to the cores of these three reactors. With the loss of cooling water, temperatures began to rise rapidly, causing the hydrogen gas explosions and fuel melting. We know that about 70% of Unit 1’s core was damaged, and that 33% of Unit 2’s core was also damaged. All computer simulations done by various laboratories all show the same thing—that we came perilously close to a full scale metldown at all three reactors, including a spent fuel pond accident in Unit 4.

Against the wishes the utility, the Japanese government ordered flushing the entire reactors with seawater, which temporarily halted the accident from progressing to a full blown tragedy. This stabilized the accident, at present, from going into free fall (but reduced the three reactors to pieces of junk.) Meanwhile, radiation keeps flowing out of the reactors and into food, agricultural products, the oceans, the soil, etc. Now we are entering Act III. With the cores covered with seawater and fresh water, the workers are desperately trying to hit rock bottom, so they can begin recovery operations.

Unfortunately, we have not yet reached the bottom. Leaks of radiation are being found everywhere. The crucial thing is that the workers do not know precisely where this radiation is coming from. The primary suspect is that there is a direct contact between melted uranium (called “corium”) and the cooling water, probably caused by a pipe break or, more ominously, a pressure vessel that has completely melted through.

So the utility is like the little Dutch boy, trying desperately to plug up one leak, only to find another. But until they find the primary source of this leak, there will be damaging reports of radiation being found in more and more places. Time is not on their side. The longer it takes to hit rock bottom, the more the danger of evacuations of workers and damage to the economy of the area. Also, secondary earthquakes and pipe breaks can cause the accident to start up all over again with the loss of precious cooling water. It’s also a Catch 22: they need to flood the cores with water, but this water becomes contaminated and flows out to the environment. Damned if they do, and damned if they don’t.

One solution is to put a special TV camera into the contaminated water to actually photograph the bottom of the reactor vessel, which is underwater, to see precislely the nature of this leak, whether its just a simple crack or a full blown melt-through of the reactor pressure vessel. If it’s just a crack, then it might be possible to drain the water and then weld the crack shut. But if it is a melt through, then it is much harder to seal up the hole. Either way, robots or suicide squads of workers will be necessary to seal up the leak. In the best case scenario, the situation continues on for months and years. At TMI, it took years before a camera was finally able go underwater to photograph the state of the core. There, the reactor vessel was not damaged. But at Fukushima, it is likely that the pressure vessel is cracked or partially melted through, which makes clean up much more difficult. Workers have a long, long way to go. For example, although electricity was been brought onto the site, a great disappointment is that the pumps cannot be turned on, because they are broken, or there is too much hydrogen gas, or it is too radioactive to make repairs. Until the pumps are turned on, workers have to use the Stone Age method of using firemen to shoot hose water into the reactor. (This is a problem if radiation levels continue to rise due to the failue to find the leak in the reactor.)

I get a headache just thinking of all the measures that have to be taken just to reach rock bottom and then to begin clean-up operations. Meanwhile, the clock is ticking. Let’s hope there are no more secondary earthquakes, or pipe breaks, or full scale evacuations of workers, which could restart the nightmare all over again.