If you are ‘totally’ healthy you just cannot get sick. This is in accordance with TCM (Traditional Chinese Medicine).

You probably haven’t heard much of the horrific studies that Adolf Hitler, Josef Wissarionowitsch Stalin and Mao Tse-Tung did in the 40ties.

Here is one study of what they did to three groups of still healthy people (translated from German):

The result is stunning and defies conventional thinking/doctrine/dogma and is in total accordance with what I know.

Results:
The first group: Not one died.
The second group: Almost all died.
The third group: More than 50% died!

Healthy people that have been told that they have terminal leukemia and that chemotherapy would not work anymore (it never works anyway) died faster than people that were exposed to a deadly dose of radiation. This study was conducted to examine changes in the blood count.

If you are still afraid of swine flu consider this:
– Homeopathy Successfully Treated Flu Epidemic of 1918

Here is what you really should be afraid of, if you still want to be afraid of something:

Please take a closer look at vaccinations (Here) and read some books about the subject. 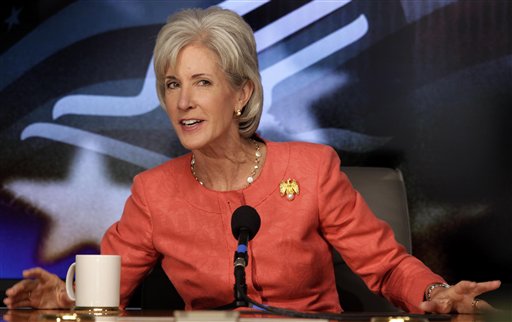 WASHINGTON (AP) — Schoolchildren could be first in line for swine flu vaccine this fall — and schools are being put on notice that they might even be turned into shot clinics.

Health and Human Services Secretary Kathleen Sebelius said Tuesday she is urging school superintendents around the country to spend the summer preparing for that possibility, if the government goes ahead with mass vaccinations.

“If you think about vaccinating kids, schools are the logical place,” Sebelius told The Associated Press.

No decision has been made yet on whether and how to vaccinate millions of Americans against the new flu strain that the World Health Organization last week formally dubbed a pandemic, meaning it now is circulating the globe unchecked. But the U.S. is pouring money into development of a vaccine in anticipation of giving at least some people the shots.

While swine flu doesn’t yet seem any more lethal than the regular flu that each winter kills 36,000 people in the U.S. alone, scientists fear it may morph into a more dangerous type. Even in its current form, the WHO says about half of the more than 160 people worldwide killed by swine flu so far were previously young and healthy.

If that trend continues, “the target may be school-age children as a first priority” for vaccination, Sebelius said Tuesday. “That’s being watched carefully.”

Schools do occasionally team up with local health officials for special flu vaccination clinics but it’s not common. More than 140 schools around the country scheduled flu vaccination days last fall, some providing free vaccine. Some vaccinated only students bearing parent consent forms; others opened their doors to entire families.

In a wide-ranging interview, Sebelius said it could take several years to meet President Barack Obama’s top healthcare priority — covering the uninsured — even if Congress manages to pass legislation this fall.

“Will something probably be phased in? You bet,” Sebelius told The AP. It could take until 2011 or 2012 to set up new programs, time that would help spread out a cost that by some estimates would be $1 trillion over 10 years.

Among the aims of the administration’s planned overhaul is to help eliminate health disparities between minority groups and whites, “which frankly is unconscionable,” Sebelius said.

Hispanics and blacks are more likely to lack health insurance, and also have higher rates of a host of illnesses. But Sebelius said some of the most severe disparities are found with American Indians, and pledged a multiyear effort to reverse “a historic failure of the government.” The U.S. is obligated to provide free health care on reservations, but the troubled Indian Health Service has only about half the money it needs.

More immediately, Sebelius faces the looming question of whether to push forward with swine flu vaccinations this fall, on top of the regular winter flu vaccine that will be distributed as usual. A key challenge would be making people understand who needs which, or both, vaccines, decisions that will be made in part based on how swine flu behaves in the Southern Hemisphere this summer, where flu season is just beginning.

Sebelius soon will call together the nation’s governors to be sure “these months between now and the fall aren’t used as vacation months” but in getting ready.

“We can always sort of back off” if the new flu fades away, she said, “but we can’t wait til October hits and say, ‘Oh my heavens, what are we going to do?'”

Companies are on track to provide pilot doses for testing later this summer, Sebelius said. Those government-led studies will check if the vaccine seems to work, if one dose or two will be needed, and most important if it’s safe. The last mass vaccination against a different swine flu, in the U.S. in 1976, was marred by reports of a paralyzing side effect — for a feared outbreak that never happened.

So the Food and Drug Administration will closely track vaccine safety, Sebelius said.

The secretary said: “The worst of all worlds is to have the vaccine cause more damage than the flu potential.”

2 thoughts on “Children may get swine flu vaccine shots first this fall; Schools might even be turned into shot clinics”