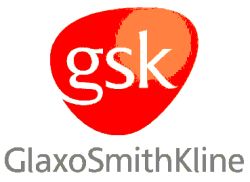 (NaturalNews) More than 1,300 girls in the United Kingdom have experienced negative reactions to the government-mandated Cervarix vaccine for the human papillomavirus (HPV), according to adverse events reports collected from doctors by the Medicines and Healthcare products Regulatory Agency (MHRA).

“When they introduced this new vaccine, we had major concerns about its safety,” said Jackie Fletcher of Jabs, a support group for those negatively affected by vaccines. “The current statistics detailing adverse reactions — including cases of epilepsy and convulsions — bears out that we were right to be concerned.”

Cervarix, manufactured by GlaxoSmithKline, inoculates patients against strains 16 and 18 of HPV, which are believed to be responsible for 70 percent of cervical cancer cases. The British government began a program to vaccinate all secondary school girls in September 2008, and 700,000 have received the injections so far. The government’s plan is to have all girls under the age of 18 vaccinated by 2011.

Critics have objected, however, that the government based its decision on studies of women under the age of 26, rather than studies conducted on school-age girls. In addition, while the vaccine has been shown to prevent against HPV infection in the short term, there is no evidence of its long-term efficacy or that it actually lowers cancer rates.

The MHRA reports show a total of 2,891 adverse events reported in 1,340 girls. The majority were minor and short-lived problems, such as swelling, rashes, pain or mild allergies to the vaccine. A number of cases were more severe, however, including 20 cases of blurred vision, four cases of convulsions, one case of seizures and one epileptic fit. Five cases of partial paralysis were reported, including Bell’s palsy (face), Guillain-Barre syndrome (legs), hyopaesthesia (loss of sense of touch) and hemiparesis (severe weakening or paralysis of half the body).

“The government needs to look at the future of this program given the number of side-effects coming through,” Fletcher said.