The U.S. economy is about to experience a total collapse, because now the financial crisis is hitting the real economy.
The retailers will collapse, which will be much, much worse that the subprime mortgage crisis. The bond bubble will burst. The dollar will be destroyed. The U.S. will default on its debt. The Greatest Depression is coming. 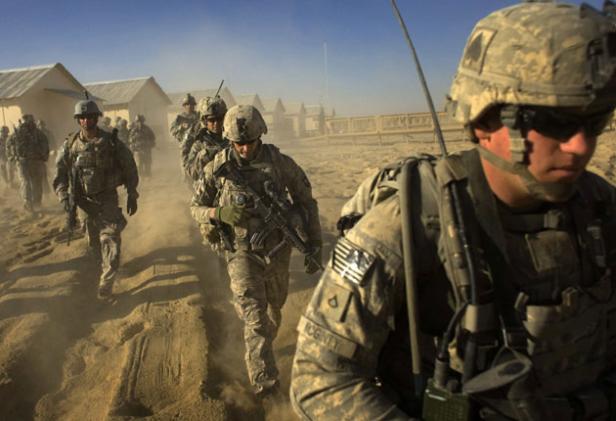 The ‘surge’, with the extra US forces in Afghanistan expected to rise to 30,000, was required to ‘stabilise a deteriorating situation’ said Barack Obama

A grim picture of spiralling violence and a disintegrating society has emerged in Afghanistan in a confidential Nato report, just as Barack Obama vowed to send 17,000 extra American troops to the country in an attempt to stem a tide of insurgency.

Direct attacks on the increasingly precarious Afghan government more than doubled last year, while there was a 50 per cent increase in kidnappings and assassinations. Fatalities among Western forces, including British, went up by 35 per cent while the civilian death toll climbed by 46 per cent, more than the UN had estimated. Violent attacks were up by a third and roadside bombings, the most lethal source of Western casualties, by a quarter. There was also a 67 per cent rise in attacks on aircraft from the ground, a source of concern to Nato which depends hugely on air power in the conflict.

The document, prepared by the Pentagon on behalf of the US-led International Security Assistance Force (Isaf) in Afghanistan and seen by The Independent, also reveal how swathes of the country have slipped out of the control of President Hamid Karzai’s government. According to a poll taken towards the end of last year, a third of the population stated that the Taliban had more influence in their locality.

The growing unpopularity of Mr Karzai, along with accusations of corruption against figures associated with his government, has led the new US administration to repeatedly warn the Afghan President he will lose Washington’s support in the coming national elections unless there are drastic changes. The military “surge”, say US officials, must be accompanied by significant improvement in governance with Mr Obama describing the Karzai government of being “detached” from what was going on in his own country.

Mr Obama acknowledged that the reinforcements, with the total numbers of extra forces expected to rise to 30,000, had been sent because “urgent and swift action” was required “to stabilise a deteriorating situation … in which the Taliban is resurgent in Afghanistan and al-Qa’ida threatens America from its safe haven along the Pakistani border.”

Mr Karzai was informed of the new deployments in a telephone call on Tuesday. The Afghan leader had complained publicly at the weekend that he had not heard from the US leader since the inauguration almost a month ago.

The new US administration had indicated that it was prepared to talk to Iran about the Afghan situation and yesterday, Italy, which assumes the presidency of the G8 this year, said that Tehran would be invited to participate in a summit on Afghanistan. The Italian Foreign Minister Franco Frattini said: “We want to consider how to involve Iran, not whether to involve Iran.”

Nato has accused the Iranian regime of allowing weapons to be smuggled into Afghanistan while drugs go in the other direction, with some of the profits pumped back in to funding the insurgency. The UN’s International Narcotics Control Board said in its annual report that due to overproduction of opium there has been a rise in the production of cannabis in Afghanistan. Many provinces which had been declared by the Afghan government and Nato to be free of poppy cultivation have switched to cannabis. The report stated: “The lack of security in Afghanistan has severely hampered government efforts to eradicate illicit opium poppy; a total of 78 persons involved in the eradication efforts lost their lives in 2008, a six-fold increase over the previous year. The increase in illicit cultivation of cannabis in Afghanistan is also a worrying development.”

Meanwhile, eight years after “liberation” and the fall of the Taliban, many Afghan people still lack basic amenities. Across the country 38 per cent of the population did not have access to medical facilities with the figure rising to 44 per cent in rural areas.

The Taliban has also carried out a violent campaign against education for children in many parts of the country, claiming it was being used for Western indoctrination, and targeting girls’ schools in particular as being against Islam. The Nato report states that “access to schools for both girls and boys varies across the country and is tightly linked to security. Degree of access to girls’ schools is also an ethno-geographic factor”.

Whereas 74 per cent of Uzbek, 73 per cent of Tajik and 72 per cent of Hazara girls are in a position to receive an education, it falls to 44 per cent among the Pashtuns and, in the conservative deep south of the country, in provinces like Helmand where British troops are based, no more than 24 per cent attend schools.