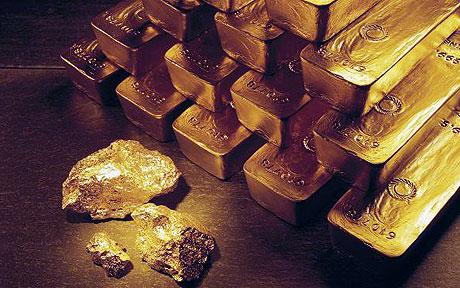 Gold holdings at the world’s largest bullion-backed exchange-traded fund jumped above 1,000 tonnes for the first time, the latest indication of investor demand for bullion amid increasing financial turbulence and economic slump.

The SPDR Gold Trust holdings have risen 228.6 tonnes so far this year, to a record 1,008.8 tonnes late on Tuesday, absorbing in the first seven weeks of the year about 10 per cent of the world’s annual mine gold output.

The fund is now the world’s seventh largest bullion holder, behind a handful of central banks.

Silver rose to a six-month high of $14.31, and platinum and palladium also moved higher.

The industry-backed World Gold Council said that gold consumption last year rose 4 per cent to 3,658.6 tonnes as a 64 per cent surge in investment demand was counterbalanced by a 11 per cent drop in jewellery demand and a 7 per cent fall in industrial consumption.

The WGC said that the extreme uncertainty that currently surrounds the global economy was unlikely to abate and should continue to underpin net investment demand, particularly for bars and coins. “However, we expect this to be partly offset by ongoing weakness in both industrial and jewellery demand,” it added.

In the energy market, ICE April Brent was 25 cents higher to $41.28 a barrel while Nymex March West Texas Intermediate rose 2 cents to $34.95 a barrel. Traders and policymakers consider the WTI contract now as less representative of the global oil market because of rising inventories at its delivery point in Cushing, Oklahoma.

Nigeria said the oil market remained oversupply in spite of the Opec oil cartel string of production cuts. Opec will meet on March 15 in Vienna and some member countries have suggested it could decide to cut output further.

The surge in precious metals and some stability in the oil market was in stark contrast with losses elsewhere in the commodities markets.

Base metals were weaker with the exception of copper, which posted a small gain. Aluminium for delivery in three months at the London Metal Exchange was down 0.8 per cent to $1,320 a tonne, the lowest level since late 2002. Lead fell 2.1 per cent to $1,087 a tonne.