Quantitative easing: The Bank of England will “create money out of thin air” and inject it into the financial system, this will “increase the money supply” (= “Inflation”). Inflation is a hidden tax.

The government and the Bank of England are robbing the people of their wealth.

The Bank of England was put on standby to print more money last night amid growing signs of Labour jitters about the Prime Minister’s strategy for escaping a political wipeout.

Alistair Darling set out the details of a radical £50billion scheme to head off a slump by injecting hard cash into the stricken economy.

The move represents a major step towards so-called quantitative easing, whereby the Government creates more money to ease the shortage of credit in the economy.

But it also takes the Bank a step closer to losing the independence it won from Mr Brown more than a decade ago, as ministers prepare to seize control of monetary policy.

The Chancellor wrote to Bank Governor Mervyn King to confirm that the £50billion fund will be used to effectively purchase companies’ debts and even give them extra cash.

The companies can in turn use the money they receive to fund their operations. The scheme was announced last week as part of the Government’s latest package of bail-out measures to prop up the economy.

It stops short of traditional quantitative easing because it will be used to buy private sector assets and not the Government’s own bonds.

But Mr King said last week that policymakers may need to use ‘unconventional’ tools to control inflation when interest rate cuts are no longer an option.

With borrowing heading to near zero, the Bank and the Treasury have to find other ways to stimulate the economy, and believe ways can be found to print money without damaging consequences such as runaway inflation.

The option is being kept under review by the Treasury, although the Government has rejected the charge that it would amount to a massive risk that raises uncomfortable parallels with pre-war Germany or current-day Zimbabwe.

The Treasury move comes as a key member of the Bank of England’s interest-rate setting committee, Professor David Blanchflower, said rates must be cut ‘quickly’.

The Bank rate has already been slashed from five per cent in October to just 1.5 per cent today, its lowest level since the central bank was founded in 1694.

The latest decision will be revealed next Thursday, when economists predict rates will be cut by another half-point to one per cent.

Professor Blanchflower also warned that it is a ‘plausible possibility that the UK will now experience a recession as severe as the one that hit the UK so hard in the early 1980s’.

A week of dire economic news has made a mockery of the Prime Minister’s economic boasts, and rattled Labour MPs.

Last night another poll confirmed the end of the ‘Brown bounce’ by giving the Tories an election-winning double-digit lead.

YouGov for the Daily Telegraph recorded a jump in the Conservative lead to 11 points, putting them on 43 per cent, with Labour on 32 per cent and the LibDems on 16 per cent.

Behind the scenes some ministers are growing uneasy about the way Mr Brown is responding to the daily diet of bad news battering the Government.

His credibility suffered a devastating blow on Wednesday when the International Monetary Fund predicted Britain would suffer the deepest recession of any industrialised country since the Second World War.

Downing Street was angered by reports that the Prime Minister summoned an emergency meeting of ministers last week to urge them to be more supportive in the media.

Influential Labour MP Jon Cruddas yesterday called on the Prime Minister to find a ‘new language’ to explain the crisis to voters.

He said the Government was being drowned out by the noise of ‘fire fighting’ as it rushes out a series of initiatives to tackle the crisis.

Downing Street sources denied as ‘nonsense’ a claim that a ‘ tearful’ Mr Brown pleaded with Labour MPs not to destabilise the markets or his Government by voting against the proposed third runway at Heathrow in a cliffhanger Commons vote on Wednesday night.

But with the Government on the rack over the economy, Westminster is seeing a return to the kind of febrile speculation about Labour’s prospects that damaged Mr Brown’s authority last summer.

˜ Honda’s Formula One racing team could be bailed out by taxpayers after becoming one of the most high-profile casualties of the credit crisis when its Japanese parent company withdrew funding.

Whitehall sources confirmed that preliminary talks have been held between the company and the Department for Business, Enterprise and Regulatory Reform. 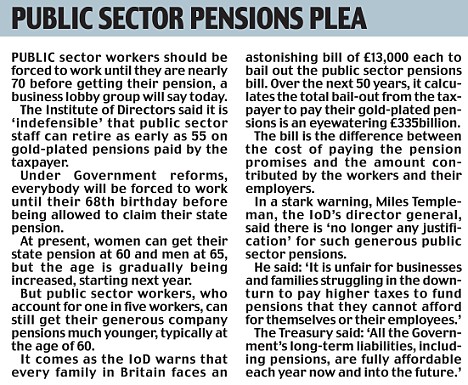 By Benedict Brogan and Alex Brummer
Last updated at 2:17 PM on 30th January 2009