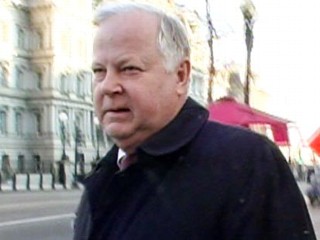 Former bank regulator Darrel Dochow evades ABC News’ questions about the Treasury Department Inspector General’s investigation into allegations he allowed IndyMac to cook its books when he worked at the Office of Thrift Supervision. (ABC News)

A brewing fraud scandal at the Treasury Department may be worse than officials originally thought.

In at least one instance, investigators say, banking regulators actually approached the bank with the suggestion of falsifying deposit dates to satisfy banking rules — even if it disguised the bank’s health to the public.

Treasury Department Inspector General Eric Thorson announced in November his office would probe how a Savings and Loan overseer allowed the IndyMac bank to essentially cook its books, making it appear in government filings that the bank had more deposits than it really did. But Thorson’s aides now say IndyMac wasn’t the only institution to get such cozy assistance from the official who should have been the cop on the beat.

The federal government took over IndyMac in July, after the bank’s stock price plummeted to just pennies a share when it was revealed the bank had financial troubles due to defaulted mortgages and subprime loans, costing taxpayers over $9 billion.

Darrel Dochow, the West Coast regional director at the Office of Thrift Supervision who allowed IndyMac to backdate its deposits, has been removed from his position but he remains on the government payroll while the Inspector General’s Office investigates the allegations against him. Investigators say Dochow, who reportedly earns $230,000 a year, allowed IndyMac to register an $18 million capital injection it received in May in a report describing the bank’s financial condition in the end of March.

“They [IndyMac] were able to maintain their well-capitalized threshold and continue to use broker deposits to make loans,” said Marla Freedman, an assistant Inspector General at Treasury. “Basically, while the institution was having financial difficulty, it kept the public from knowing earlier than it otherwise should have or would have.”

Critics Point to Cozy Relationship Between Banks and Regulators

In order to backdate the filings, IndyMac sought and received permission from Dochow, according to Freedman.

“That struck us as very unusual,” said Freedman. “Typically transactions are to be recorded in the period in which they occur, not afterwards. So it was very unusual.”

“He did nothing to protect taxpayers in losses,” former federal bank regulator William Black told ABC News. “Instead of correcting it [Dochow] made it worse by increasing the accounting fraud.”

Meanwhile, IndyMac customers who lost their savings are demanding answers and are further infuriated after learning Dochow was also the regulator in 1989 who oversaw the failed Lincoln Savings and Loan, a scandal that sent its CEO Charles Keating to prison.

“He’s the person that claimed that he looked into Charles Keating’s eyes and knew that Charles Keating was a good guy and therefore ignored all of the professional staff that told him that Keating was a fraud, and he produced the worst failure of the Savings and Loan Crisis at $3.4 billion. Now he’s managed more than triple that,” said Black, now an economics professor at the University of Missouri in Kansas City, Missouri.

Following the Lincoln scandal, Dochow was demoted and placed into a relatively obscure office, but later, inexplicably was brought back into the Office of Thrift Supervision.

After Ronnie Lopez was killed in Iraq, his mother Elaine invested the $37,000 she received in life insurance at IndyMac. She lost all of it.

“I was hysterical,” she told ABC News. “I literally thought I was going to kill myself that day, because I felt so bad that I had let him down. I remember going to his grave and telling him “don’t worry, I’m going to get that money back’, and I feel like he was saying ‘hey mom, don’t let them take that. I did the ultimate for that’.”

A group of angry investors has started a website, demanding answers on the extent of Dochow’s actions.

While Dochow could end up losing his job, neither he nor his colleagues are expected to go to prison.

“This is criminal with the small ‘c’,” said Black. “No one within the regulatory ranks may go to jail, but they have done the worst possible disservice to the taxpayers of America.”

Maddy Sauer contributed to this report.