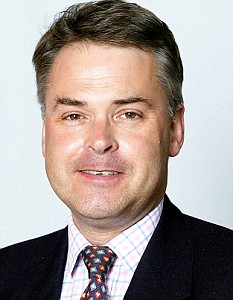 Schools have installed CCTV cameras and microphones in classrooms to watch and listen to pupils as young as four.

The Big Brother-style surveillance is being marketed as a way to identify pupils disrupting lessons when teachers’ backs are turned.

Classwatch, the firm behind the system, says its devices can be set up to record everything that goes on in a classroom 24 hours a day and used to compile ‘evidence’ of wrongdoing.

The equipment is sold with Crown Prosecution Service-approved evidence bags to store material to be used in court cases.

The microphones and cameras can be used during lessons and when a classroom is unattended, such as during lunch breaks.

But data protection watchdog the Information Commissioner has warned the surveillance may be illegal and demanded to know why primary and secondary schools are using this kind of sophisticated equipment to watch children.

Officials said they would be contacting schools to seek ‘proper justification’ for the equipment’s use.

Classwatch is set to face further scrutiny over the role of Shadow Children’s Minister Tim Loughton, the firm’s £30,000-a-year chairman.

The equipment, which includes ceiling-mounted microphones and cameras and a hard drive recorder housed in a secure cabinet, is operating in around 85 primary and secondary schools and colleges.

The systems cost around £3,000 to install in each classroom or can be leased for about £50 per classroom per month.

The firm says the devices act as ‘impartial witnesses’ which can provide evidence in disputes and curb bullying and unruly behaviour and protect teachers against false allegations of abuse – plus provide evidence acceptable in court. 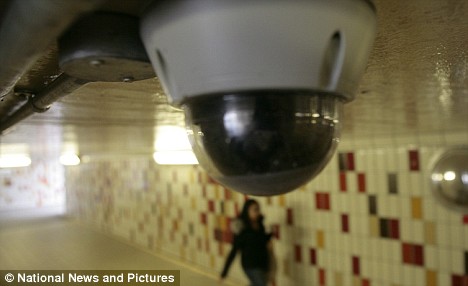 The firm also promotes its equipment as an educational tool, allowing ‘key lessons and class discussions to be recorded for revision, or for pupils who have missed important material or who may need extra help’.

Schools are required to inform all parents that microphones and cameras are monitoring their children.

But last night an Information Commissioner’s Office spokesman said the system raised ‘privacy concerns for teachers, students and their parents’.

He said the ICO would contact Classwatch and schools using the devices.

He added: ‘The use of microphones to record conversations is deeply intrusive and we will be seeking further clarification on their use in schools and, if necessary, we will issue further guidance to headteachers.’

Martin Johnson, deputy general secretary of the Association of Teachers and Lecturers, added: ‘We strongly object to schools or colleges having free rein to use CCTV and microphones, especially in sensitive areas such as classrooms, changing rooms and toilets.

‘We expect CCTV be used appropriately and not to spy on staff or pupils.’

Classwatch director Andrew Jenkins, who set up the firm with his wife, said he welcomed further discussions with the Information Commissioner.

He said Classwatch had tried to guard against accusations of bringing Big Brother into schools.

‘The system can be turned on and turned off as they wish,’ he said. ‘It is a bit like a video at home. This is not Big Brother. The system is under the control of the teacher.’

Asked whether the company had taken account of the Commissioner’s strict rules on workplace monitoring, he said: ‘Compliance with the Data Protection Act has always been a priority.

‘Schools are required to ensure they follow protocols which recognise the privacy of pupils and staff. The overwhelming experience has been that pupils feel safer and that teachers feel more in control of their classrooms.’

Last night, Tory frontbencher Mr Loughton insisted there was no conflict between his political role and part-time job.

He declares his involvement with the firm on the MPs’ register of interests and added: ‘I have never sought to advocate this. I went through this very carefully before I got involved in it and it doesn’t conflict with anything I do.’

Labour MP Barry Sheerman, the chairman of the Commons Education Committee, said: ‘If the Information Commissioner is concerned, we all should be concerned and I think that my committee should look at it when Parliament returns.’

A Schools Department spokesman said: ‘We do not prescribe what schools must do to tackle security.’