House prices will fall a record-breaking 35 per cent by next autumn, a leading firm of economists warned yesterday.

The collapse will be the biggest fall ever seen in this country.

The claim, from the consultancy Capital Economics, will horrify homeowners who face being plunged into negative equity. 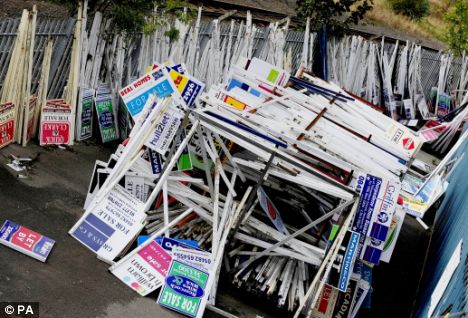 Not needed: Estate agent boards piled up in a yard in Hull

According to the forecast, around £65,000 will be wiped off the value of the average home. At the height of the property boom last year the average home was worth £186,000. By next autumn it will be worth around £120,000.

Capital Economics had originally expected house prices to drop 35 per cent by the end of 2010.

But yesterday it amended this forecast in the light of recent economic turmoil. The consultancy still expects the same fall, but squeezed into a much shorter period.

Prices are then predicted to stagnate for 18 months before a tentative recovery begins in 2011. 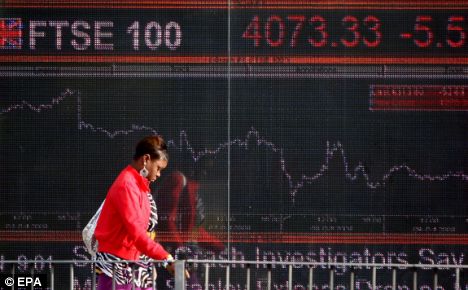 But he added this may be a good thing as it could provide a boost for the economy.

‘While a period of falling house prices will inevitably be painful, we believe that the

quicker house prices return to fair value, the less damage the housing market correction will do to the wider economy,’ he said.

In a further blow, the financial information firm Moneyfacts said yesterday that it expects a rise in repossessions as lenders refuse to cut their mortgage rates.

Mortgage expert Darren Cook said: ‘With more base rate cuts on the horizon, which in part are intended to reduce the burden on household finances, we could find ourselves in a situation where the Bank of England’s decisions on a rate cut will have little or no bearing on the majority of families’ mortgage outgoings. It could ultimately result in an increase in repossessions.’ 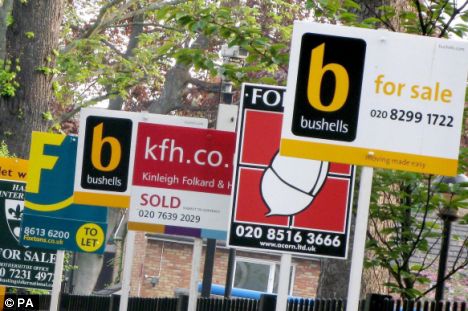 Rare success: The number of homes which sold last month slumped to its lowest-ever level, down more than 50 per cent compared to the same month last year

Just one in four banks have cut their standard variable rate since the Bank of England’s emergency half-point cut two weeks ago.

Meanwhile, official figures show homeowners who want to sell their property face the toughest battle to find a buyer since records began.

The number of homes which sold last month slumped to its lowest-ever level, down more than 50 per cent compared with the same month last year, according to figures from HM Revenue and Customs.

Howard Archer, chief economist at the consultancy Global Insight, said buyers will continue to disappear and the number will fall even lower.

Mr Archer expects prices to fall 16 per cent this year and a further 15 per cent next year.

Last week a report by the ratings agency Standard & Poor’s estimated that around 60,000 homeowners a month are falling into the negative equity trap

By the end of October, it is expected that 335,000 will be in negative equity and Standard & Poor’s expect the number to peak at 1.7million next year.