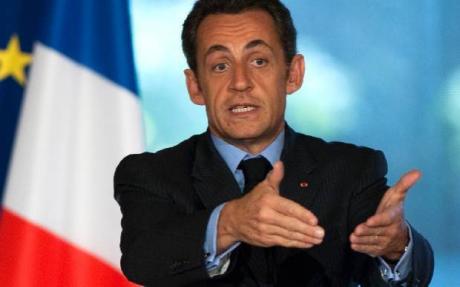 “The greatest risk is inertia,” said French President Nicolas Sarkozy, now basking in glory as the man who refused to give up after the first emergency summit of EU leaders ended in discord.

“The French state will not let a single bank fail. We have to unblock the interbank market because money has stopped circulating, but it is a reasonable bet that by offering this guarantee, it won’t actually be needed,” he said, unveiling a French package worth €320bn in guarantees for fresh interbank loans and a €40bn bank rescue fund.

Sarkozy has emerged as the statesman of the hour, shaping events as others dithered. He appears to have understood intuitively that credit paralysis would set off a dangerous downward spiral.

Germany’s rescue package totals €500bn, far bigger in per capita terms than America’s scheme. The bulk is to guarantee interbank lending, while €100bn is for a stabilisation fund to recapitalise banks and cover losses – with strict pay limits for executives.

“We have placed the first foundation stone of a new financial order,” said chancellor Angela Merkel, underlining that nothing would ever be the same again in banking.

She also warned that the US government’s “massive support” for the Detroit car industry would create a major headache for Germany’s producers, who are already struggling. BMW said yesterday that it would idle plants in Leipzig, Regensburg and Munich as demand fell.

Italy’s finance minister Giulio Tremonti said Rome would provide as much money “as necessary” to stabilise credit markets. Italy’s plan includes the injection of up to €40bn in fresh capital into the banks on a “case by case” basis, through preference shares.

The Netherlands is offering a €200bn guarantee; Austria is putting up €100bn, as is Spain – as a “preventive measure”. Debts issued before the end of next year will be guaranteed for five years under all the national plans.

Diplomats say the world owes a great deal to France’s finance minister, Christine Lagarde. A former chair of the US law firm Baker McKenzie and a friend of US Treasury Secretary Hank Paulson, she has been a bridge between the EU and Washington, helping to end the transatlantic sniping that has damaged market confidence over the past year. The close co-operation is in stark contrast to the catastrophic rift in October 1931, when France set off a wave of US bank defaults by pulling its gold out of New York.

The Sarkozy accord was not enough to shield Société Générale yesterday, as reports circulated that it might be the first to tap into the French bank rescue fund, perhaps needing as much as €10bn. The share price collapsed 17pc at one point on fears of losses in its structured credit unit. Investors are concerned that it may suffer from exposure to Eastern Europe, where it has played a role in providing foreign currency mortgages. The shares ended down 2pc in Paris.

This week’s dramatic action by the eurozone states has gone a long way to reassure investors that EMU can weather a severe crisis, even though it lacks an EU treasury or fully fledged lender-of-last resort. The EU Stability Pact rules on budget deficits have been shunted aside by invoking the “special circumstances” clause of the Maastricht treaty, opening the way for fiscal stimulus. The Dutch-Belgian rescue of Fortis and the French-Belgian rescue of Dexia were not without friction, but at the end of the day the system was able to come up with creative solutions.

IMF chair Dominique Strauss-Kahn said the monetary union had faced its “ordeal by fire” this week. With French leadership, it survived.