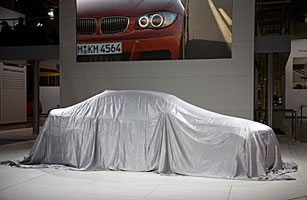 German manufacturers are already cutting back production. On Oct. 13, Opel workers in the eastern German town of Eisenach will stay home for three weeks as GM Europe tries to adjust to falling demand for its cars. Opel was one of the first western firms to set up shop in Eisenach after the fall of the wall in 1989. The factory, which employs some 1,800 people, now produces GM’s popular Corsa model for export around Europe and beyond. The town (population 40,000) has also become home to suppliers such as component maker Bosch, machine servicing firm Hormann, and Lear, which makes seats for the Corsa. “Eisenach lives from Opel,” says Uwe Laubach, head of the local branch of the IG Metall union.

BMW is also struggling with the downturn, especially the massive decline in car leasing contracts in the U.S. It says that its plant in Leipzig will close for a week later this month and its Regensburg plant will shut from Nov 3 to 7, during the Bavarian Fall holidays. Union officials say the company’s main plant in Munich may also shut for a few days. Ford plans to cut production at its Saarlouis plant in southwestern Germany and says it is also laying off 204 part-time workers. Mercedes parent Daimler announced earlier this year that because of slower demand it would slow production through 2008 and send workers home for Christmas on December 17, days earlier than usual.

Speaking at the Paris Motor Show earlier this month, Carl-Peter Forster, president of GM Europe, said that car sales were falling fast across Europe and that higher gas prices had made the cost of car ownership prohibitive. To own and operate a car in Germany now costs 25.5 % more than it did in 2000, he said, while the consumer price increase has only been 15.6 %. Forster believes carmakers need help from Europe’s capitals to turn the situation around. He wants European governments to stimulate the economy, free up credit and restore consumer confidence.

Some union leaders say the problems are actually self-made and have little to do with the financial crisis. They say company managers misjudged the market and want wage hikes above the rate of inflation in Germany to give families enough money to buy cars and other products and so boost the domestic economy.

But the current crisis is much more likely to accelerate structural changes taking place in the car industry across Western Europe. In the coming years, German car makers are likely to move more production out of the country and closer to their customers in Russia, the U.S. and Asia. Assuming, that is, that they still have a growing customer base in those places.