Here is why Libyans support Gaddafi: 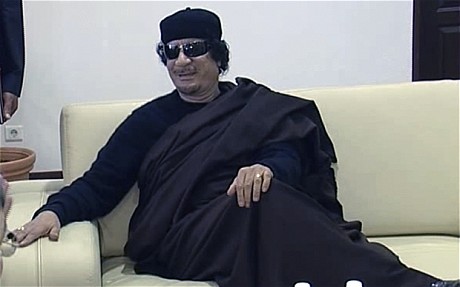 In the first such admission, Adm Samuel Locklear, commander of the NATO Joint Operations Command in Naples, said that efforts had been stepped up to target the Libyan leader, despite declarations by the Obama administration that “regime change” was not the goal.

The admiral’s comments were revealed by Representative Mike Turner, an Ohio Republican and member of the House Armed Services Committee.

Mr Turner has opposed the military intervention from the outset was among those who voted in the House of Representatives last week to deny President Barack Obama the authority to wage war against Libya.