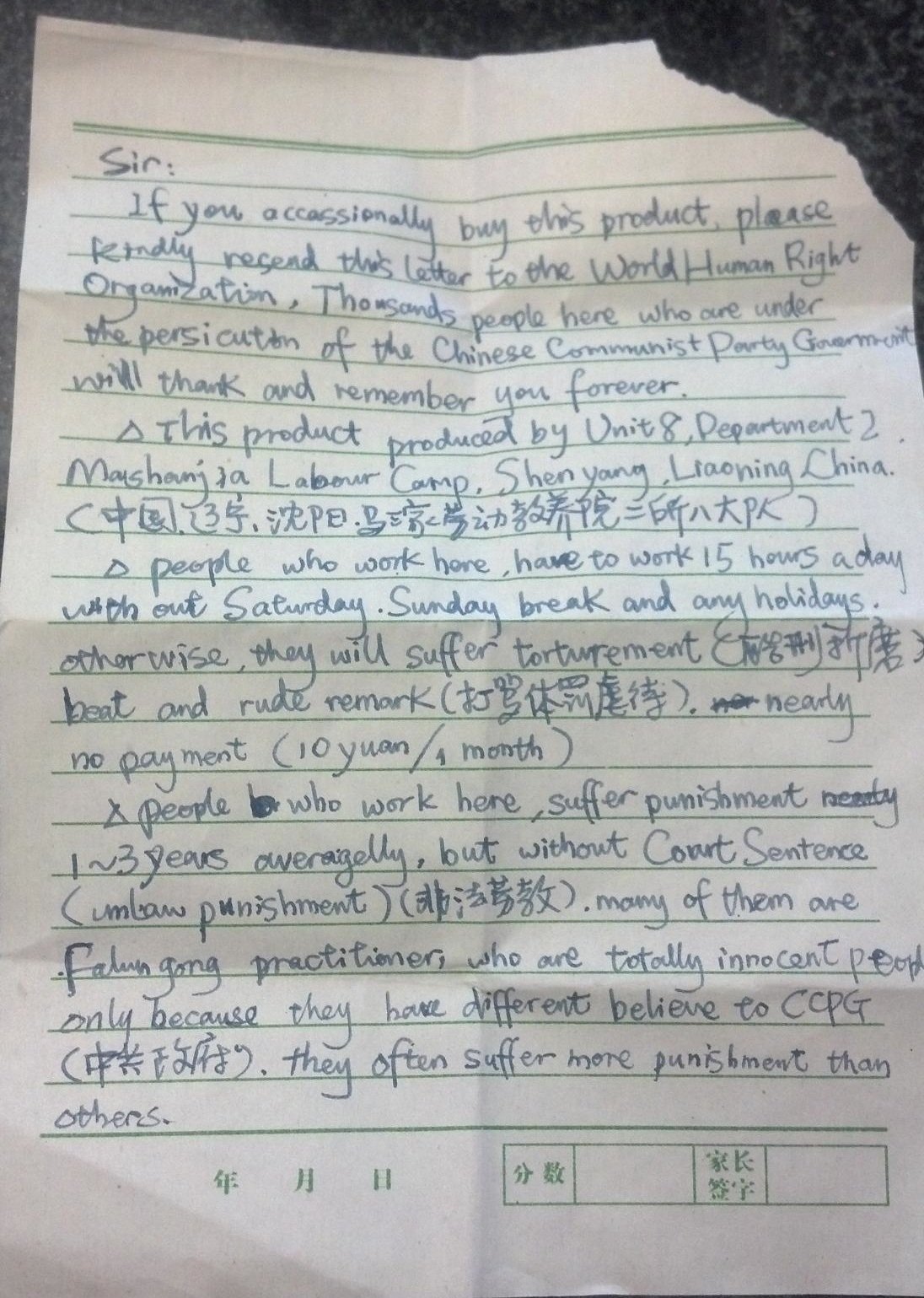 The letter came in a box of Halloween decorations purchased at Kmart, but for a year Julie Keith never knew. It gathered dust in her storage, a haunting plea for help hidden among artificial skeletons, tombstones and spider webs.Keith, a 42-year-old vehicle donation manager at a southeast Portland Goodwill, at one point considered donating the unopened $29.99 Kmart graveyard kit. It was one of those accumulated items you never need and easily forget. But on a Sunday afternoon in October, Keith pulled the orange and black box from storage. She intended to decorate her home in Damascus for her daughter’s fifth birthday, just days before Halloween.

She ripped open the box and threw aside the cellophane.

That’s when Keith found it. Scribbled onto paper and folded into eighths, the letter was tucked between two Styrofoam headstones.

“If you occasionally buy this product, please kindly resend this letter to the World Human Right Organization. Thousands people here who are under the persicution of the Chinese Communist Party Government will thank and remember you forever.”