“Somebody thinks there’s a future….or is this for the elite?”

– The Dream Is Over: FAA Grounds Boeing’s 787 ‘Nightmareliner’

Whatever the reason for its recent spate of problems, Boeing’s 787 Dreamliner won’t fly again until regulators are satisfied the plane is airworthy.

Reports of fire and smoke have put the focus on the plane’s cutting-edge lithium ion battery systems and grounded the fleet worldwide.

Only 50 Dreamliners are in service so far, but the airlines that bought these multimillion dollar aircraft are losing money while they sit on the ground. Big questions remain: How long will it take to get the Dreamliner back in the air? Will travelers feel safe enough to board them?

It’s going to be “a big mess, cost Boeing a lot of money” and embarrass carriers that fly the 787, said aviation historian David T. Courtwright, a professor at the University of North Florida. 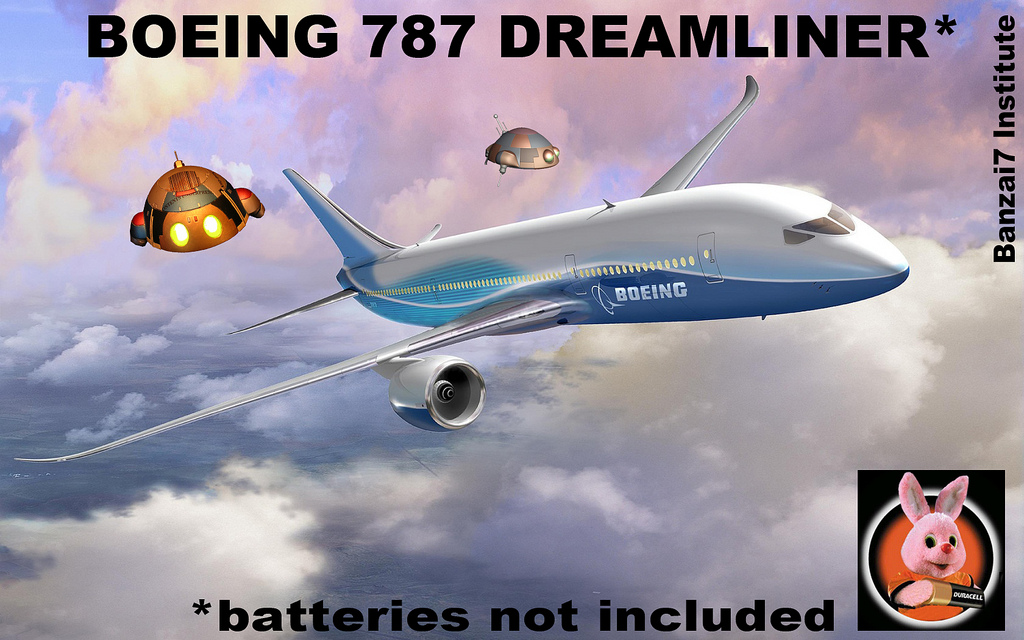 The pain for Boeing never stops. Just out from Reuters:

So, will Transportation Secretary Ray LaHood (i.e., the US government) perhaps reassess his conclusion from last week that the Dreamliner is “safe” or perhaps this too is just more teething problems… Or merely an ultra aggressive case of industrial sabotage from EADS? In other news, perhaps it is time to find a more appropriate name for the Dreamliner?