– Obamacare, The Great Swindle: A Costly New Tax On The Middle Class – Government Monopoly For Big Pharma – How It Will Lead To Mandatory Vaccinations For Everyone

– Judge Napolitano On Obamacare And The Supreme Court (Video)

Don’t worry, the ‘fiscal cliff’ will all be taken care of; have no fear, the market AAPL will hold up into the election to sustain Obama’s hope-and-change; and, as The Heritage Foundry blog reports, in that change, there are 18 new tax hikes on their way via Obamacare.Not only did the President and his partners in Congress take $716 billion out of Medicare to pay for Obamacare, but they also raise taxes by $836.3 billion to pay for it, with $36.3 billion hitting Americans in 2013 alone. Here’s the Congressional Budget Office (CBO) and Joint Committee on Taxation‘s (JCT) updated cost of the Obamacare tax hikes and penalties. 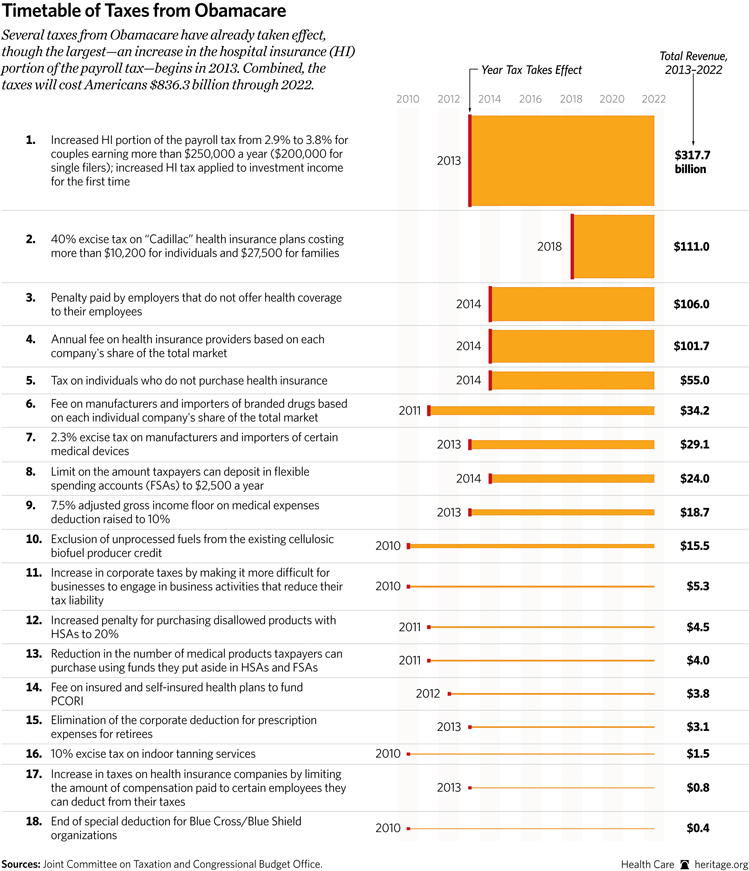