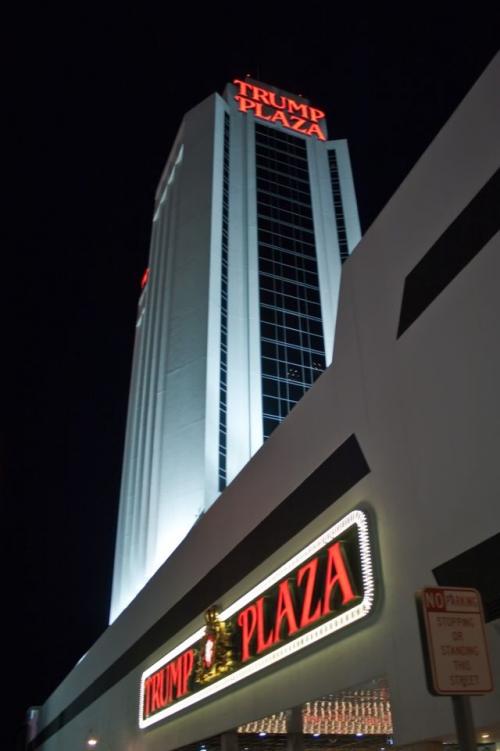 In the course of getting to know the online forex landscape, we came across the following. 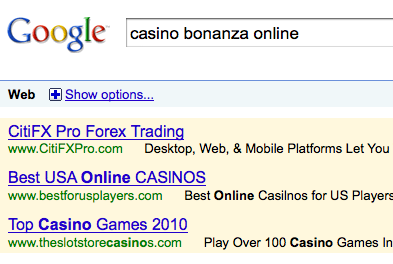 That’s right. When you do a search for “Casino Bonanza Online” you get two ads for online casino-based sites, but the very first is an add for CitiFXPro.com, which is, yes, a retail Forex trading site run by Citi.

Now, it’s not really shocking that a multi-headed behemoth as big as Citigroup (C) has a retail Forex site, but here they’re specifically advertising against gambling-related terms, and showing up right next to Best USA Online CASINOS.

Major Wall Street firms are frequently likened to casinos, but they’re usually not this blatant about it, and usually their services are geared towards sophisticated, institutional investors. But CitiFXPro.com is pure retail, requiring only $10,000 to open an account. That’s not non-trivial, but it’s way less than the threshold for anything that would be regarded as institutional.

And if all this alone weren’t enough to make Paul Volcker lose his lunch, check out what Citi lists as its advantages. Check out the fourth one, specifically:

When Kurt and Megan Kegler’s phone rang at their mobile home outside Detroit, the future looked grim. 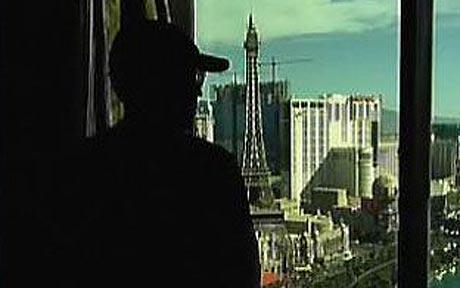 Robin Hood 702 has given television interviews, but with his face in shadow

When the mystery gambler was $35,000 up he quit the table, and handed the proceeds to the Keglers in a giant bag of hundred dollar chips .

But when they heard what the caller had to say, they broke down in tears, hardly able to believe their ears. He was a mysterious, high-rolling Las Vegas gambler who had been choosing needy families to give them his winnings. “You have been chosen,” the voice told the Keglers. “I’m flying you to Vegas, and I’m going to win your money for you.” What followed seemed like a dream. A stretch limousine to the airport, first-class flights and a Rolls Royce to their 8,000 square-foot suite in the Palazzo hotel. There, Mr Kegler, 48, and his wife, 29, were met by their benefactor, who promptly staked huge amounts of his own money in a marathon card session.

It wasn’t plain sailing on the blackjack table, despite his confidence: the Keglers saw him go down hundreds of thousands of dollars before he managed to hit a winning streak and recover.

When he was $35,000 up he quit the table, and handed the proceeds to the Keglers in a giant bag of hundred dollar chips. “It completely changed everything,” said Mrs Kegler.

Read moreRobin Hood of Las Vegas: Taking Money From Rich Casinos Giving It To The Poor