IT’S just a scrap of papyrus. But these Greek scribbles reportedly offer a peek at a lost book of the Bible — and the special advice Jesus gave his brother, James.

RT: Finally, what is the worst case scenario? What level of contamination are we looking at and how dire would the consequences be for the long-term health of the region?

CC: Extremely dire. This is a terrible answer to have to give, but the worst case scenario could play out in death to billions of people. A true apocalypse. Since we have been discussing Reactor 4, I’ll stick to that problem in particular, but also understand that a weather event, power outage, earthquake, tsunami, cooling system failure, or explosion and fire in any way, shape, or form, at any location on the Fukushima site, could cascade into an event of that magnitude as well.

Even the tiniest mistake during an operation to extract over 1,300 fuel rods at the crippled Fukushima nuclear power plant in Japan could lead to a series of cascading failures with an apocalyptic outcome, fallout researcher Christina Consolo told RT.

Fukushima operator TEPCO wants to extract 400 tons worth of spent fuel rods stored in a pool at the plant’s damaged Reactor No. 4. The removal would have to be done manually from the top store of the damaged building in the radiation-contaminated environment.

In the worst-case scenario, a mishandled rod may go critical, resulting in an above-ground meltdown releasing radioactive fallout with no way to stop it, said Consolo, who is the founder and host of Nuked Radio. But leaving the things as they are is not an option, because statistical risk of a similarly bad outcome increases every day, she said.

RT: How serious is the fuel rod situation compared to the danger of contaminated water build-up which we already know about?

Christina Consolo: Although fuel rod removal happens on a daily basis at the 430+ nuclear sites around the world, it is a very delicate procedure even under the best of circumstances. What makes fuel removal at Fukushima so dangerous and complex is that it will be attempted on a fuel pool whose integrity has been severely compromised. However, it must be attempted as Reactor 4 has the most significant problems structurally, and this pool is on the top floor of the building.

There are numerous other reasons that this will be a dangerous undertaking. 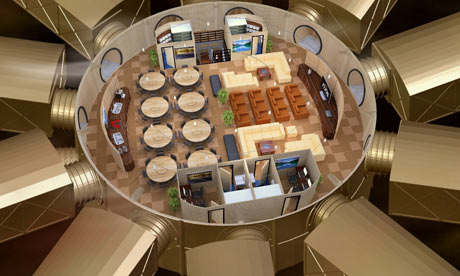