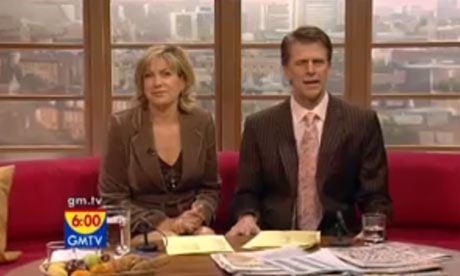 Burnham was confronted by Castle on GMTV after researchers said the antiviral drug’s benefits did not outweigh its side-effects during the flu pandemic.

Castle said his older daughter, Georgina, had a “respiratory collapse” and “suffered very heavily” after being “just handed” the drug without a proper diagnosis.

The presenter said: “I can tell you that my child – who was not diagnosed at all – she had asthma, she took Tamiflu and almost died.”