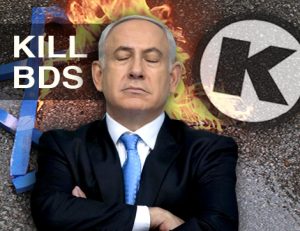 The powerful, apartheid, terrorist, rogue nuclear state of Israel is panicked by the completely peaceful, quickly growing Boycott, Divestment, Sanctions (BDS) movement, which seeks through non-violent means to end the Israelis’ genocide of the Palestinian people and obtain independence for Palestine.

The Zionists equate BDS with “terrorism,” employing the identical methods against it as they direct against their perceived archenemy, Iran—from false propaganda to sanctions, and now apparently cyber-warfare and incitement of violence. Meanwhile, the Zionist Occupation Government in the Holy Land has readied its next violent assault in its campaign to exterminate the Palestinian people. 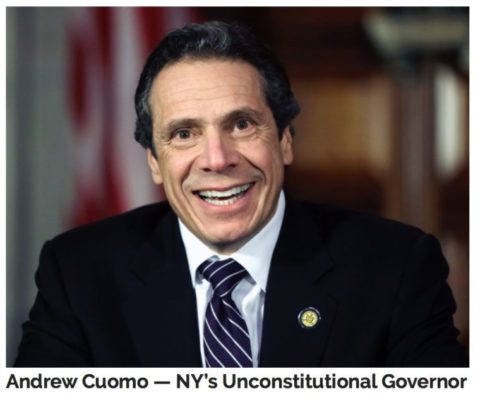 It seems everywhere you turn, U.S. politicians at all levels of government are incessantly scheming to figure out ways to further erode the civil liberties of the American public. Earlier this month, a particularly egregious example emerged from the state of New York. It relates to an anti-First Amendment executive order issued by Governor Andrew Cuomo, followed one day later by similar legislation introduced by a state Senator. In case you aren’t up to speed on the issue, here’s a little background.

In an Onion-esque story almosty too unbelievable to be real, IB Times reports, in a memo obtained by Capital New York, Cuomo officials announced that mass purging of email records is beginning across several state government agencies. The timing of the announcement, which followed through on a 2013 proposal, is worth noting: The large-scale destruction of state documents will be happening in the middle of a sprawling federal investigation of public corruption in Albany.

As IB Times reports, earlier this month, New Yorkers watched an inferno tear through a
warehouse full of old government records from the bygone paper era.

Many probably felt relief in thinking that such records are now often digitized and therefore not at risk of being accidentally incinerated. Yet as Gov. Andrew Cuomo’s administration is showing this week, many records are vulnerable to another form of destruction: deliberate deletion. 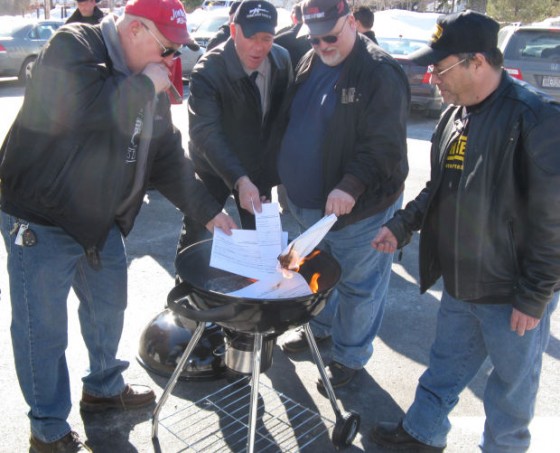 – BREAKING: Up To One Million New Yorkers Seize Opportunity To Not Register Their Firearms Ahead of NY SAFE ACT Deadline (Bearing Arms, April 14, 2014):

Unofficial estimates suggest that as few as 3,000-5,000 of the estimated 1-2 million firearms that have been redefined as “assault weapons” under New York’s utterly arbitrary and blatantly unconstitutional law
have been registered. Literally dozens of gun owners in the state of 19.57 million (2012) residents will take the opportunity to register today.

Read moreBREAKING: Up To One Million New Yorkers Seize Opportunity To Not Register Their Firearms Ahead Of NY SAFE ACT Deadline

After Democrats in New York rammed a sweeping assault on the right to keep and bear arms through the legislature that failed to exempt police officers from the draconian restrictions, gun owners and even some lawmakers are planning what has been dubbed potentially the largest act of civil disobedience in state history. According to news reports, gun rights activists are urging everyone to defy far-left Governor Andrew Cuomo’s new registration mandate while daring authorities to “come and take it.”

Sen. Dianne Feinstein, D-Calif., said that she and other gun control advocates are considering a law that would create a program to purchase weapons from gun owners, a proposal that could be compulsory.

“We are also looking at a buy-back program,” Feinstein said today in a press conference. “Now, again, this is a work in progress so these are ideas in the development.”

Gov. Andrew Cuomo, D-N.Y., already discussed the possibility of a buy-back law for his state, but he made clear it would be a forced buyback.

First the flood, now the freeze (and the lack of fuel and gas and heating just making it much worse). And for tens of thousands of residents of New York and New Jersey this means that as many as 40,000 will need to find alternative housing, especially ahead of Wednesday when a Nor’easter formation is expected to hit the Tristate area and bring even more freezing rain and cold to the region.

From Reuters: “Tens of thousands of people affected by superstorm Sandy could soon need housing as cold weather descends on the state of New York, Governor Andrew Cuomo said on Sunday. Cuomo, in a televised press conference nearly a week after the storm hit the U.S. East Coast, said the fuel shortages are improving but problems will persist for “a number of days.”” Elsewhere, and also from Reuters: “Victims of superstorm Sandy on the U.S. East Coast struggled against the cold early on Sunday amid fuel shortages and power outages even as officials fretted about getting voters displaced by the storm to polling stations for Tuesday’s presidential election. Overnight, near-freezing temperatures gripped the U.S. northeast. At least two more victims were found in New Jersey, one dead of hypothermia, as the overall death toll from one of worst storms in U.S. history climbed to at least 112. Fuel supplies continued to rumble toward disaster zones and electricity was slowly returning to darkened neighborhoods after a storm that hit the coast last Monday. New York Mayor Michael Bloomberg said it would be days before power is fully restored and fuel shortages end.”

All of this will be exacerbated as a Nor’easter moves along the Eastern Seaboard and is expected to hit New Jersey and New York in several days: