In what is either a generous act of charity or an unnerving example of the control Tesla exercises over the vehicles it producers, or perhaps both, Tesla CEO Elon Musk has magically unlocked the batteries of every Tesla in Florida to maximize the distance that people fleeing from Hurricane Irma can travel before stopping to refuel at one of the company’s “superstation” charging centers.

Typically, these types of over-the-air upgrades can cost thousands – if not tens of thousands – of dollars.

But Musk is temporarily offering full battery capacity to all owners of Model S/X 60/60D vehicles with 75 kilo watt battery packs, according to Electrek, a blog that covers electric vehicles.

The upgrade will surely help Floridians who are still rushing to escape as the now category 3 storm makes its second landfall near Naples. The upgrade will last through Saturday.

As a Tesla spokesperson explained to Electrek, the company decided on the mass-unlocking strategy after a customer called and asked if the company could upgrade his battery because he was trying to flee the storm. Tesla’s Supercharger network is fairly extensive in Florida and most owners should be able to get by even with a Model S 60 (the shortest range option).

A Tesla Model S 60 owner in Florida told Electrek that his Tesla was getting 40 more miles without a charge after Tesla had temporarily unlocked the remaining 15 kilo watts of the car’s software-limited battery pack.

“The company says that a Tesla owner in a mandatory evacuation zone required another ~30 more miles of range to optimize his evacuation route in the traffic and they reached out to Tesla who agreed to a temporary access to the full 75 kWh of energy in the battery pack, an upgrade that has cost between $4,500 and $9,000 depending on the model and time of upgrade.”

The company also decided to temporarily unlock other vehicles with the same software-lock battery packs in the region.

Tesla’s supercharger network is fairly extensive in Florida and most owners should be able to get by even with a Model S 60 (the shortest range option), but sometimes that 30 more miles of range can make a big difference.

Most of the supercharger stations in the state are still open: 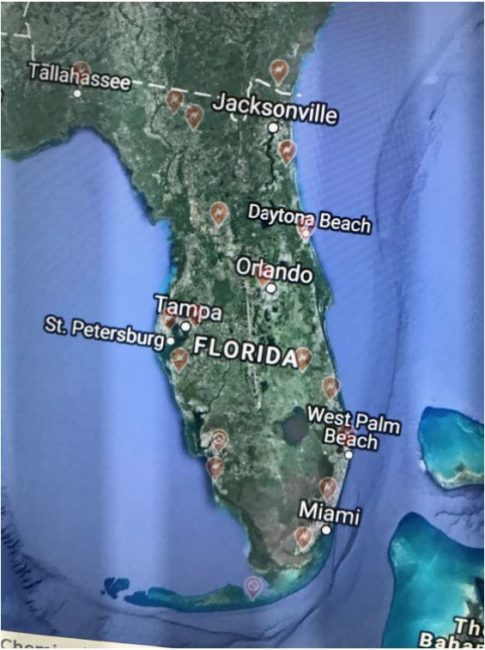 Though a handful in the affected area have closed…