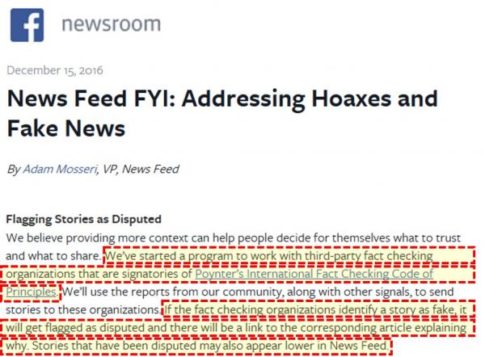 But don’t worry, Poynter would like to assure you that they’re committed to “nonpartisan and transparent fact-checking.” 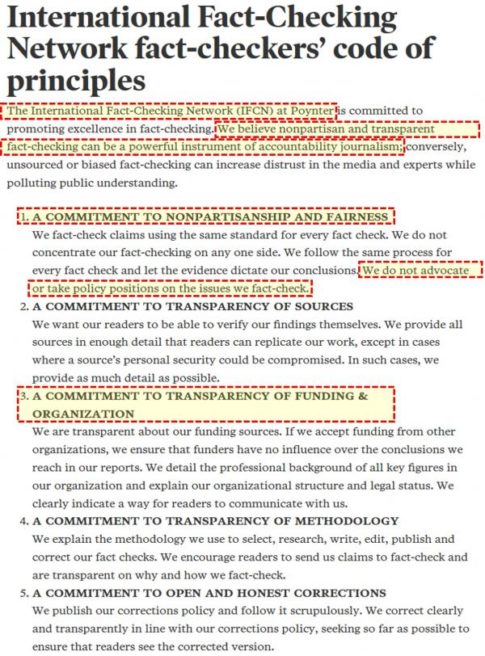 Of course, as Fox News pointed out back in 2011, it was Poynter that taught a “journalism” class that urged journalists to downplay the threat of terrorist organizations by comparing death tolls of terrorist attacks to those associated with malaria and HIV/AIDS.

But to illustrate this point, the course references the number of people killed by various causes, implicitly suggesting journalists change the way they report on jihad-related deaths.

“Of the hundreds of murders that occur each day, journalists are far more likely to report on jihad-related incidents than other violence. As a result, news consumers have developed a skewed impression of the prevalence of jihad, relative to other forms of conflict. Context is essential in covering this global story in a way that does not amplify fears of jihad,” the course says.

The Poynter course estimates jihad groups have killed about 165,000 people over the past four decades, mostly in Iraq. It notes the biggest toll in the United States was the approximately 3,000 killed on Sept. 11, 2001.

“To give those numbers some context, the FBI reports that approximately 15,000 people in the U.S. are murdered each year. All around the world, more than half a million people are murdered annually, according to the World Health Organization,” the course says. “At its peak, jihad organizations have accounted for less than 2 percent of this toll — in most years, they account for well under 1 percent. (A half-million individuals die each year from nutritional deficiencies, more than 800,000 from malaria, and 2 million from HIV/AIDS.)”

Would that count as “advocating or taking a policy position” on an issue?

So congrats on choosing a “nonpartisan” fact checker, Mr. Zuckerberg.  We eagerly await the creation of a competitive social media outlet, one that promotes truly free and independent thought, which you have surely just spawned with the creation of your new “department of censorship.”