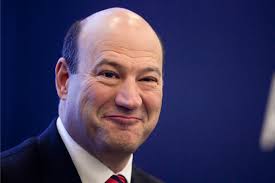 Trump’s Treasury secretary pick Steven Mnuchin and senior advisor Steve Bannon also worked at Goldman Sachs, which Trump repeatedly attacked on the campaign trail. As a reminder, Trump cited Goldman as evidence that corporate and financial interests have influence over politicians and criticized former opponent Ted Cruz for taking a loan from the firm.

As in the case of Hank Paulson, the question is whether this appointment enables Cohn to dump his massively overbought $210 million worth of Goldman stock tax-free? If so, Cohn just saved over $80 million on taxes just by becoming officially a part of the US administration, instead of merely running the country from the shadows.