– Antarctic sea ice strangely the same as 100 years ago when Ford Model T was around:

A hundred years of cars, planes, wars, and five billion more polluting people, and there’s nothing to show for it. Old log books kept by Scott and Shackleton show that Antarctic sea ice hasn’t changed much since 1912. Right now, at least three ecowarriors are rejoicing that perhaps there is a future for penguins after all. 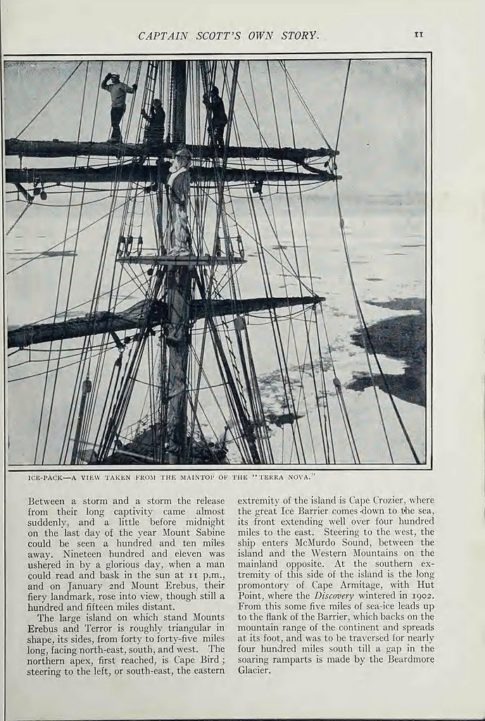 “The missions of Scott and Shackleton are remembered in history as heroic failures, yet the data collected by these and other explorers could profoundly change the way we view the ebb and flow of Antarctic sea ice,” said Dr Jonathan Day, who led the study, which was published in the journal The Cryosphere.

“We know that sea ice in the Antarctic has increased slightly over the past 30 years, since satellite observations began. Scientists have been grappling to understand this trend in the context of global warming, but these new findings suggest it may not be anything new.

“If ice levels were as low a century ago as estimated in this research, then a similar increase may have occurred between then and the middle of the century, when previous studies suggest ice levels were far higher.”

Read it all at the Telegraph.    Daily Mail has even more.

The BBC quietly headlines that ‘Heroic’ Antarctic explorers left sea-ice clues“.Would they have said something so vague and un-sensationalist if the old logs had showed sea ice was declining? Hard to imagine that just being a “clue”. A couple of weeks ago the BBC were telling us that ice cores from Antarctica would help tell us about conditions on the whole planet. But this news about sea ice apparently has no global relevance, it’s is just a local issue and anyway the Arctic ice loss has been really bad.

“The study suggests that Antarctic sea-ice is much less sensitive to climate change than the Arctic, which has declined dramatically”

On wikimedia there are a lot of pages from Scott’s journal.

The research has been published in The Cryosphere journal.