– Germany: Muslim migrants committing numerous rapes and assaults of women in and around refugee centers:

This should be a cause for grave concern to all Westerners, as to the kinds of men we continue to let swarm into our nations: men who even move beyond the refugee centers to continue their assaults on Western women. 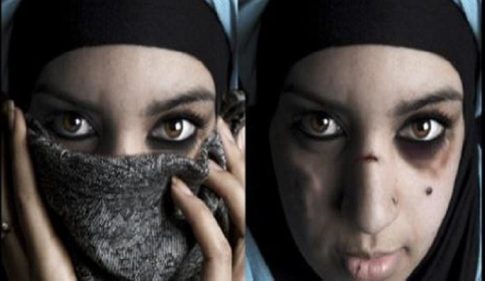 “180 rapes, assaults and robberies against women and children in just ONE German city”, by Allan Hall, UK Express, November 25, 2016:

In the state of Saxony-Anhalt there are no figures available but 20 female shelters have now opened their doors to provide a refuge for battered women and children.

The distressing news about refugee women in Germany comes as the world demonstrates in the UN’s ‘International Day for the Elimination of Violence against Women’.

Those affected in Germany come from countries such as Syria, Afghanistan and Iraq, according to a survey of the German press agency.

There, they were beaten, oppressed, or passed to other men.

In the lands where they come from, women are often regarded as property to be used an abused at will and the culture shock of females showing independence for the first time often leads to violence.

Only recently a Syrian man was jailed for life for attempted murder after throwing his three small children from the first floor window of his asylum accommodation because he was angry at the “independence” his wife had displayed since arriving in Germany.

“Employees in asylum shelters are increasingly asking for a safe place for women and children,” said Sylvia Haller, a spokesman for an autonomous shelter network in Baden-Württemberg.

In the university city of Heidelberg, 50 women and 58 children had to flee to a women’s shelter last year from violent husbands or aggressive in-laws.

But more than 135 women and 155 children had to be turned away because there was simply no room for them.

Yadav, a Stuttgart-based counselling centre for young women in danger in forced marriages or “violence in the name of honour”, says the number of cases will rise in the coming years.

The soaring incidents of sexual abuse of women and children in German refugee camps forced Angela Merkel’s government to pledge over £160 million to combat it in April this year.

In the town of Giessen near Frankfurt 15 women in one camp filed complaints to local police of rape and other forms of sexual abuse.

The Ministry for Families, Seniors, Women and Youth (BMFSFJ) will now provide money for the scheme which aims to give better protection to the vulnerable, including the remodelling of migrant centres to give more privacy to females and minors.

Police have for long told of a rising trend of abuse, including rapes, but in the highly-charged political atmosphere that surrounds the whole refugee issue in Germany the problem has largely remained unaddressed.

Municipal authorities will be able to get the money from central government in the form of in zero-interest loans.

“Unfortunately we know that children and women in the camps are not safe from abuse and sexual assault. That’s why we have to make sure that they’re protected,” said junior minister Ralf Kleindiek.

“Not only measures regarding staff, but also structural measures have to be implemented such as lockable accommodation units and separate sanitary facilities.

“For the children and adolescents we also need designated rooms to enable play and learning.”

Fuelling the rise in sexual assaults is alcohol.

Many Muslim men are exposed to alcoholic drinks for the first time in their lives, leading to booze binges that end in mayhem.

A clampdown on this has started with a ban on all alcohol being brought into any migrant shelter anywhere in the country.

Part of the scheme to clamp down on sex abuse involves working with experts from Unicef to train staff in how to deal with the problem at more than 100 centres.

Around £3 million of the total amount available will be spent on constructing specialist centres to provide counselling for survivors of rape and torture.

The government has also formed a working group in a bid to solve the problem of child marriages.

Hundreds, if not thousands, of those who streamed into Germany in the past 18 months have child brides……