This despite Smith’s having visited a mosque and issued numerous groveling apologies. Do you think he would have received this suspension if he had been perceived as having insulted any other group? Neither do I. But in Britain today, and all over the West, Sharia blasphemy laws forbidding criticism of Islam coalesce nicely with the initiative to ban “hate speech” against supposedly vulnerable minorities. The freedom of speech is far more severely threatened than most people realize. 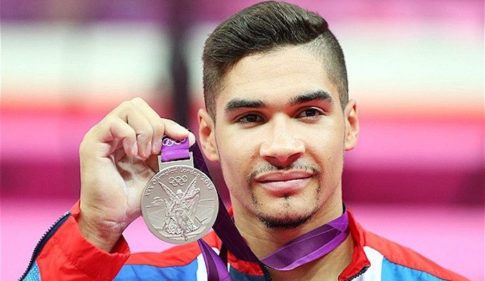 Four-time Olympic medallist Louis Smith has been suspended for two months by British Gymnastics over a video in which he appeared to mock Islam.

The video, filmed by Smith but leaked to the media, appeared to show him laughing while retired gymnast Luke Carson mimicked Islamic prayer practices.

Smith, who won pommel horse silver at Rio 2016, later said he was “deeply sorry” for his “thoughtless actions”.

Carson was given a reprimand.

Smith, 27, is one of Britain’s best known gymnasts and won the BBC show Strictly Come Dancing in 2012.

“It is regrettable that following a historic summer of achievement, the organisation finds itself in this difficult position with two high-profile members in breach of our standards of conduct,” British Gymnastics chief executive Jane Allen said.

“As the custodians of the integrity and values of the sport, we have had no choice but to act responsibly.

“Whilst both individuals showed remorse following the incident, we hope in the future they use their profile to have a positive impact on sport and communities.”

British Gymnastics said Smith’s ban was a “cumulative penalty” because of a previous breach of its rules on conduct.

He was reprimanded in June for posting an image on social media of an American gymnast, who was 16 when the photograph was taken, accompanied by a comment British Gymnastics said was “unbefitting to a participant”.

In April, he apologised for questioning the judging at the British Championships, where he was beaten to pommel gold by Max Whitlock.

Smith said he had previously been “ignorant to people’s religion” and added on Facebook that it was his responsibility “as someone of sporting influence” to exercise freedom of speech “in good taste”….