Australian police are investigating a possible “extremist” attack involving a French national who stabbed a British woman to death and injured two others while reportedly yelling “Allahu Akbar.” As Reuters reports, the police are looking into possible “mental health or drug misuse” issues and any “indication of an extremist slant or he was radicalized,” an officer said, noting the man was in Australia on a valid tourist visa and had no known links to radical groups such as Islamic State.

The assault took place on Wednesday at a backpackers’ hostel near Townsville in northern Queensland. 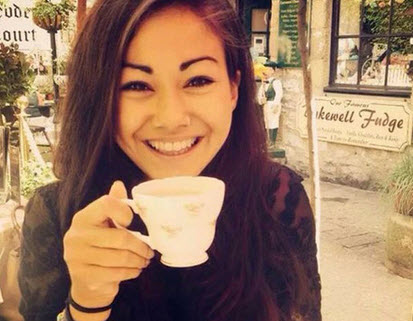 “Initial inquiries indicate that comments which may be construed of being of an extremist nature were made by the alleged offender,” Queensland Police Service Deputy Commissioner Steve Gollschewski told reporters.

He added that the police were “not ruling out any motivations at this early stage, whether they be criminal or political.”

The perpetrator was a 29-year-old French national who arrived in Australia on a tourist visa in March.

“This person appears to have acted alone,” Gollschewski said. “He is a visitor to Australia and has no known local connections; however investigations are ongoing.”

It is alleged that the suspect used the phrase “Allahu Akbar” during the attack and while he was being arrested by police, Gollschewski added.

At the same press conference in Brisbane, Australian federal police commander Sharon Cowden said that the French suspect has no known connections to extremist groups.

Australia, a staunch U.S. ally, has been on heightened alert for attacks by home-grown Islamist radicals since 2014 and authorities say they have thwarted a number of plots. As Reuters details,

About 100 people have left Australia for Syria to fight alongside organisations such as Islamic State, Australia’s Immigration Minister said this year.

The FBI on Tuesday said it was investigating a similar attack in Virginia, in which a suspect shouted the same words while attacking a man and woman with a knife. Similar attacks have recently occurred in France, Bangladesh and Germany.

There have been several “lone wolf” assaults in Australia, including a 2014 cafe siege in Sydney that left two hostages and the gunman dead. Also in 2014, police shot dead a Melbourne teenager after he stabbed two counter-terrorism officers.

In 2015, a 15-year-old boy fired on an accountant at a police headquarters in a Sydney suburb and was killed in a gunfight with police.

It appears the more reported ‘success’ there is in the Middle East – as Turkish tanks roll into Syria – the more ‘lone wolf’ blowback we see around the world (and the more fear is instilled upon western societies looking for rescue by their government).