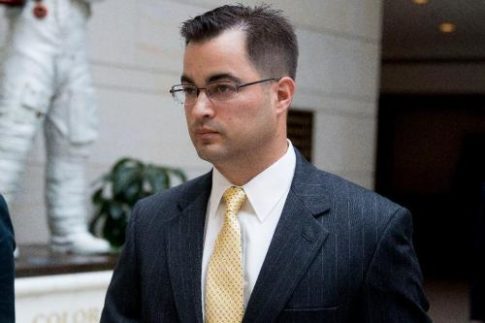 – Hillary Clinton’s IT Aide Pleads The Fifth Over 125 Times:

If the Obama administration defines itself as the “most transparent ever”, one wonder what will be the term describing Hillary Clinton’s potential presidency. We ask, because as Fox News reports, Brian Pagliano, the man believed to have set up and maintained the private server in the basement of then-Secretary of State Hillary Clinton’s New York home invoked his Fifth Amendment rights against self-incrimination more than 125 times during a deposition as part of a civil court case on Wednesday.

According to Fox, Pagliano’s sworn testimony with conservative organization Judicial Watch lasted for roughly 90 minutes, during which the IT expert repeatedly read a carefully worded statement off of an index card while refusing to answer questions. Pagliano’s deposition on Wednesday was originally scheduled to occur more than two weeks ago, but was postponed when his lawyers notified the court that the former State Department employee would be pleading the Fifth.

Which he did. Repeatedly.

As reported here previously, the IT official could have provided key information in the case, which might have resolved lingering questions about the state of Clinton’s private server, how information was preserved and the security protocols used to protect her data. However, as part of its ongoing criminal probe related to the server and the possibility that classified information was mishandled, he declined answer questions in part due to the federal government’s decision to grant him limited immunity.

After a back-and-forth between the two legal teams, Judge Emmet Sullivan ruled this month that the details of that immunity deal could remain secret.

As The Hill adds, despite his resistance to give up any possible incriminating information, Pagliano’s appearance in the deposition with Judicial Watch might reflect poorly on Clinton, the presumptive Democratic presidential nominee Unlike in criminal cases, judges in civil suits are allowed to draw inferences from a witness’s decision not to answer questions, potentially increasing the likelihood that Clinton herself is asked to testify as part of the Judicial Watch lawsuit. Clinton’s campaign would surely vigorously oppose any request for her to appear, and the event could dramatically shake up the presidential race.

Judicial Watch has filed multiple open records lawsuits related to Clinton’s exclusive use of a private email account and server while serving as the nation’s top diplomat. Depositions have been granted in two of those cases, and the decision in a third was this week put on hold pending the outcomes of those two other cases.

Two other former aides are scheduled to be interviewed before the end of the month: longtime deputy Huma Abedin and Undersecretary for Management Patrick Kennedy.