As if Sweden wasn’t troubled enough, The Local reports that another Green Party politician, who ignited a storm of controversy after refusing to shake hands with a female reporter on grounds that it violated his Muslim faith, announced on Wednesday that he was quitting politics. This follows the resignation of Sweden’s housing minister following a week of mounting controversy over his contacts with Islamic organisations and Turkish ultranationalists.

During an interview with a female reporter from the TV4 broadcaster on Tuesday, Yasri Khan placed his hand over his heart instead of shaking her hand in greeting. 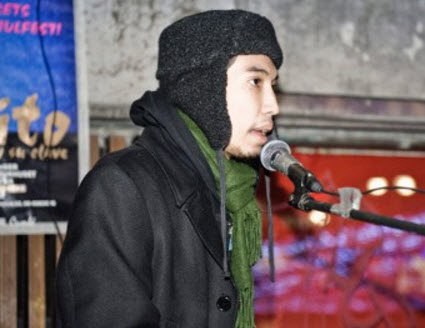 “People can greet each other in different ways. The most important thing is to show respect by seeing each other, to meet each other… to respect each other,” Khan said during an interview with state broadcaster Swedish Radio.

Khan, also the general secretary of the organization Swedish Muslims for Peace and Justice, has faced strong criticism from within his party since the incident.

“It is unacceptable. You can’t have a man in the party who can’t greet women in the same way you greet a man. I’m upset,” Stina Bergström, a Green Party parliamentarian, told Swedish tabloid Aftonbladet.

In interviews with Swedish media, Khan lashed out at his critics and said that the debate, and his fellow Muslim Green Party member Mehmet Kaplan’s resignation, had caused him to run out of energy.

“In today’s political climate, I wonder if politics is right for me, and if I want to be a media circus clown,” he told the Nyheter24 news site.

The Social Democrat prime minister, Stefan Lofven, said Turkish-born Mehmet Kaplan, a member of the junior coalition partner Green party and former spokesman for Sweden’s Muslim Council, had submitted his resignation and that he had accepted it.

Sweden’s centre-left coalition of Social Democrats and Greens has been severely strained by Europe’s migration crisis, with the arrival of about 160,000 asylum seekers in the country last year forcing Stockholm to impose border controls and tighter rules in a U-turn on decades of generous refugee policies.

Kaplan, 44, denied any wrongdoing and said he was stepping down because public and media criticism was making it impossible for him to do his job. He said he opposed “all forms of extremism, whether nationalistic, religious or in any other form” and supported “human rights, democracy and dialogue”.

The minister, who was born in Turkey and arrived in Sweden at the age of eight, has come under increasing pressure after local media last week published photos of him at a dinner with Turkish ultranationalists, including the Swedish head of the extremist Grey Wolves organisation, and a former leader of the main Turkish nationalist group in Sweden, who was forced to resign earlier this month after calling on Turks to kill “the Armenian dogs”.

The minister was further attacked for his links to a number of Islamic organisations, including the international Millî Görü? movement, that some suspect of promoting religious fundamentalism. Kaplan has acknowledged the ties, but said they “don’t mean I agree with them on everything”.

The pressure increased at the weekend when Swedish media published seven-year-old footage of him comparing Israel’s policies towards Palestinians to the Nazis persecution of the Jews.

It has not been a good week for the centre-left party, the junior partners of Sweden’s ruling coalition. On Tuesday its co-leader and deputy prime minister, Åsa Romson, landed herself in hot water after using the Swedish word for ‘accident’ (which can also mean ‘misfortune’) to refer to the September 11th terror attacks.