“Our data show that firms first stopped borrowing, then cut spending and now are becoming allergic to hiring,…”

Back in December, New York-based China Beige Book International released what they called a “disturbing” set of data that pointed to pronounced weakness in the Chinese economy.

“National sales revenue, volumes, output, prices, profits, hiring, borrowing, and capital expenditure were all weaker than the prior three months,” the firm – whose CBB is modeled on the Fed’s survey of US economic conditions and is supposed to provide a more objective assessment of China’s economic health than the goalseeked figures that emanate from the NBS – remarked.

In the three months since the CBB’s last report, we haven’t seen a whole lot in the way of positive data that would have caused us to believe that things are looking up. Exports, for instance, cratered more than 20% in RMB terms last month and 25% in USD terms – the third worst performance in history.

Sure enough, the CBB’s latest quarterly read on the Chinese economy betrays more pervasive problems including a persistent lack of hiring and a disheartening dearth of capex. “Only 33% of firms reported capital expenditure growth in the first quarter, the lowest in the survey’s five-year history,” Reuters reports, adding that “the share of firms reporting capex growth has fallen by over 40 percent since the second quarter of 2014.”

The CBB’s survey, which includes 2,200 companies and 160 bankers, showed that although profits have risen, hiring has collapsed to a four-year low and that poses a very real problem for the Party which is perpetually concerned with optics. “The weakness in the job market hits at a paramount concern for the Chinese Communist Party,” WSJ notes, before quoting CBB president Leland Miller, who said the following in the report:

“The party cares very much about the state of the labor market. The first quarter may therefore be one of the rare occasions when investors see the data and react mostly with relief, while the results cause some mild panic back in Beijing.”

“Our data show that firms first stopped borrowing, then cut spending and now are becoming allergic to hiring,” Miller continues.

Right. And if there’s anything the politburo does not need in the current environment, it’s for firms to develop a hiring “allergy.”

As we’ve documented exhaustively of late, China is staring down what may end up being a catastrophic employment crisis as the government must choose between allowing an acute industrial overcapacity problem to sink the entire economy or else move to implement a massive restructuring of elephantine SOEs.

Reforming grossly inefficient government enterprises will likely cost hundreds of thousands if not millions of jobs and if Beijing can’t manage to mitigate the situation by reassigning workers or otherwise providing some manner of social safety net, they’ll be widespread social unrest.

Of course besides the whole “popular revolt”/ “angry coup” issue, mass layoffs also do not bode well for China’s nascent transition from a smokestack economy to an economic model that revolves around consumption and services. As we put it earlier this month, “if, as the PBoC says, China intends to depend on domestic consumption rather than exports to fuel growth, then someone had better get to explaining how exactly it is that hundreds of thousands of recently jobless factory workers are going to be able to power the hoped-for but still nascent transformation.”

On that note, we close with the following from WSJ’s take on the latest CBB survey:

The government’s bid to regear the economy toward consumption and services and away from manufacturing and investment is having mixed results, at least this quarter, the survey found. Revenue growth in services and in retail – especially furniture, appliances and clothing — slowed in the first quarter, while holding steady in manufacturing. 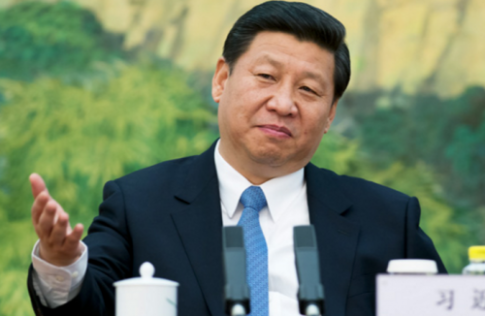