In the most recent example of authorities suggesting that Europeans should adapt to threats rather than compelling authorities to protect citizens, police in Sweden’s Östersund advised women not to walk around by themselves at night, during at press conference on Monday. 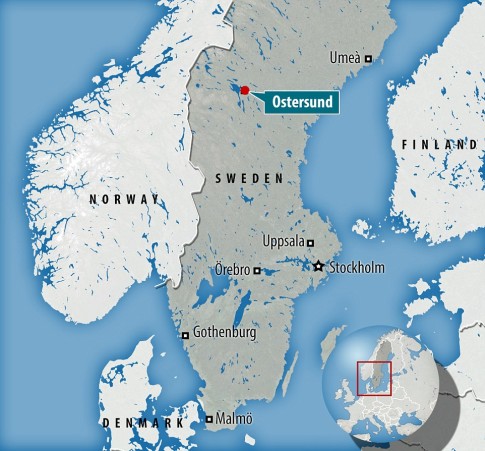 As reported on Tuesday, “women in a town in northern Sweden have been warned not to walk alone at night in the wake of a spike in violent assaults and attempted rapes. 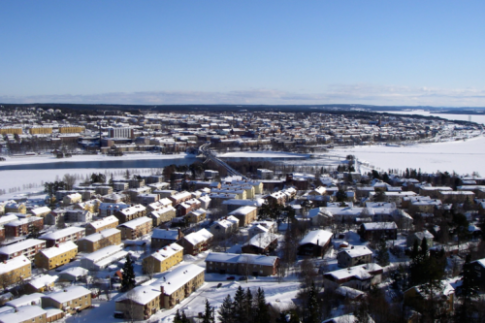 Police in the town of Östersund made the unusual move to ask women not to go out unaccompanied after dark, after reports of eight brutal attacks, some by ‘men of foreign appearance’, in just over two weeks.”

It is extremely unusual for Swedish authorities to make such warnings, and it has not been well received in Sweden, a country proud of its progress in gender equality and women’s rights.

All incidents have taken place in Östersund since the 20th of February, and involved outdoor attacks where the perpetrators have been unknown to their female victims.  A police spokesperson added that in addition to the increased frequency, the attacks are also conspicuous as – despite being carried out late at night – none of the perpetrators were drunk.

The observation of “sober rapists” aside, the force’s recommendation that women should avoid being alone at night swiftly prompted criticism in Sweden, a nation that prides itself on promoting gender equality.

According to the Local, “The solution can never be to not go out because of such a warning. We have very many women who work in home and social care at night for example. What are they supposed to do?” the city’s mayor Ann-Sofie Andersson told Swedish broadcaster SVT.

“It’s wrong if it calls on women to adapt to the criminals. It risks leading people the wrong way, if the victims must adapt to the perpetrators,” he said.

There is another word for it: appeasement, and history is rife with examples of how appeasement results in an ever greater threat by the appeased party, in this case refugees who flood European countries as a result of Angela Merkel’s policies.

As the Mail reports, the infamous town of Östersund which is now a no-go zone for women after eight, has seen a surge in sex attacks in just the past three weeks. The most troubling recent examples:

For their part, the police in Östersund (with a population of 45,000) say they have never seen anything like this before.

Stephen Jerand, the county police commissioner, admitted police in the town are struggling to cope – adding that the surge in attacks “seem unreal.” He said that ‘we called the press meeting this Monday because we have seen an accelerating development here. 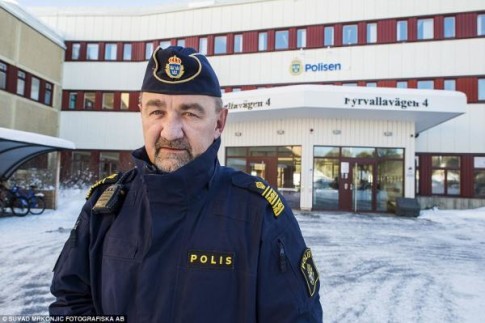 “‘This is a small town where groups of men are attacking women during the night. We wanted to warn the public and urge women not to walk home on the streets in the central part of the town after dark, because it is not safe.”

“The situation is tense. We have never experienced anything like this before. It is almost unreal. Eight attacks and just three this last weekend. This is a quiet part of Sweden where we barely have had any attacks on women and now this.” Officers are confident they will catch the perpetrators and say victims claim their attackers were of ‘foreign origin’.
So far only one man, whose nationality is unknown, has been arrested.

Taleb Moafagh, 22, was caught allegedly attempting to flee to Germany on board a ferry in southern Sweden. He was detained in connection to an attack on February 26.

For those living in the town surrounded by mountains, 350 miles north-west of Stockholm, there is no doubt where to find these criminals: among the migrant men who have arrived in droves in recent months, forcing them off the streets of the town they call home. An asylum centre has opened 10km outside the town holding 900 refugees, mostly from Afghanistan, Syria and Iraq.

Many within the community have blamed the migrants for the attacks. Police have not released any nationalities of suspects but have admitted victims described their attackers as men of ‘foreign origin‘.

Commissioner Jerand added: “We have had a lot of problems with immigration. It strikes our resources really hard. We are often called out to asylum centres.”

‘We see increasing violence towards women and children at the centres and do not really have the resources to cope with everything.’

The string of assaults began on February 20, when the two young schoolgirls were groped.

Fortunately, a number of adults saw what was happening and intervened – but the attackers fled from the scene before police could arrive.

Other incidents include women being molested outside a nightclub, a group of women walking home being groped by a laughing mob of men, and a woman being told she would be raped and murdered.

Even before this week’s warning, the women and teenagers who live in the city were too terrified to walk alone at night, telling MailOnline the situation has got ‘out of hand’.

Josefine Larsson, 16, told MailOnline it is ‘really worrying’ and that she is frightened to out late on her own.

‘Everyone is saying that there are immigrants responsible for this. But they are always blamed when something goes wrong,’ she said. ‘Hopefully the police will eventually arrest these psychopaths and then we will see who they are.’ 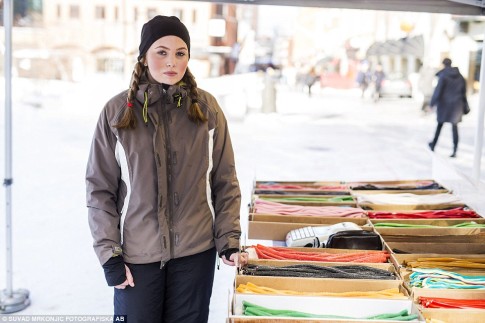 Josefine Larsson, 16, told MailOnline it was ‘really worrying’ the streets were no longer safe after dark

Others said the situation had already got ‘out of hand’, and admitted they were ‘terrified’ to go outside after dark. Lovis Jonsson, 16, said: ‘It is terrible that women are the ones who are targeted. I feel afraid and exposed. I will never go out by myself after dark after the police warnings.’ 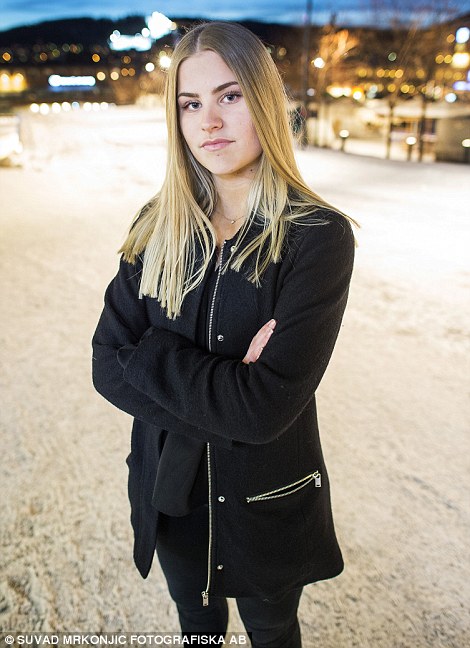 Gry Abrahamsson, also 16, said ‘It is really creepy what is going on in town. 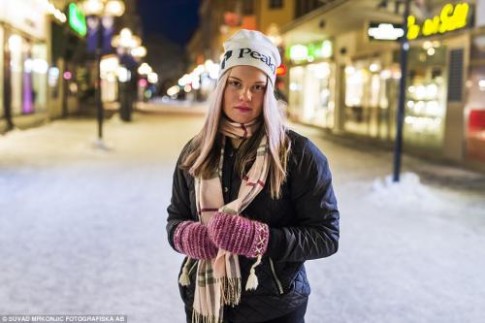 Abrahamsson said “I never thought the police in a small town like this would have to tell
women to stay inside because of groups of men attacking innocent women
during the night. This has gotten out of hand.”

Perhaps things will change for the better, in the meantime, as a result of flawed policies taken in a country far away, the reverberations of Merkel’s agenda has converted Östersund into a ghost town. 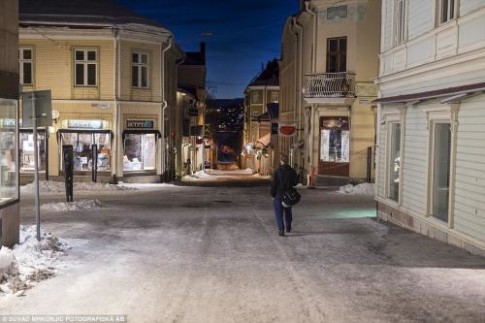