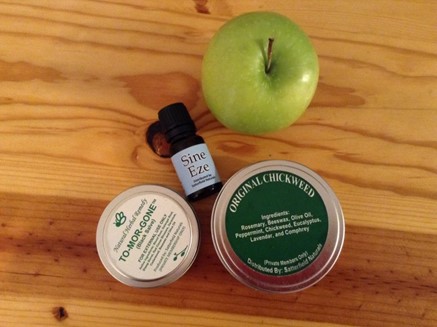 Sam Girod is a Kentucky farmer who runs a small business selling natural skin salves made from herbs such as chickweed, which seem to help relieve a host of skin conditions, including allergic rashes, psoriasis, poison oak and even skin cancers.

If you look up chickweed on Amazon, you will find pages of chickweed products, dozens and dozens of products, in some cases followed by glowing testimonials from users about how this or that chickweed provided relief from terrible itching, and even cured their skin cancers.

So why has the US Food and Drug Administration picked Girod out from all those producers, and had him indicted by a federal grand jury on a dozen criminal charges that could jail Sam Girod for 48 years? Neither Girod, who is 56 years old and the father of twelve, nor his lawyer, Chuck McFarland, can explain it.

According to McFarland, Girod, who is Amish and has no criminal record, has been selling chickweed for the last 15 years, from his farm in Owingsville, Kentucky and from some convenience stores in Missouri.

Girod says the problems originated a dozen years ago, when the FDA went after him for referring to skin cancer as one of the conditions the salve was effective for. He agreed to remove skin cancer from the label and various promotional materials. He called it “Chickweed Healing Salve”.

Everything seemed fine after that, says Girod. “It was a nice family business.” He had been in construction for many years, and the salve business was something he could do from the farm, and involve his children. “A lot of love went in that business.”

The big problems started four years ago, when a local health department official saw Girod’s products on display in a small Missouri town’s convenience store, and reported them to a state health department official. That agency apparently referred the matter to the FDA, which struck again, seizing products from the store, contending that because Girod included user testimonials at the same store where he was selling the salve, he had to register it as a drug.

According to a 2012 FDA announcement, “FDA requested the seizure….because the products claim to treat or cure diseases but have not received FDA approval, and are not exempt from such approval requirements. Moreover…..the seized products contain ingredients that could cause toxic or allergic reactions in consumers sensitive to these ingredients. According to the federal complaint, Chickweed Healing Salve contains comfrey, which may increase the risk of systemic toxicity, and To-More-Gone contains bloodroot, a caustic, corrosive substance that produces a thick scar that can mask tumor recurrence.”

Obtaining FDA approval for a supplement or salve as a drug requires years of testing, costing millions of dollars, something that is out of reach of most producers. They are content to sell their products as supplements, and not include claims of benefits for specific health conditions. For Girod’s company, it made no sense, since the company never exceeded $200,000 annual sales.

The FDA said in its 2012 announcement about seizing Girod’s products that it had responded “to a consumer complaint regarding the product Chickweed Healing Salve and claims in pamphlets that stated the product helps treat skin cancer. A previous complainant used the product on skin cancer on her leg…..and the product reportedly made her condition worse, requiring medical treatment.” It isn’t clear if the “consumer complaint” was from the local or state public health official who alerted the FDA. Girod’s lawyer, McFarland, said he hadn’t been able to obtain information from the FDA about who might have complained, or the specifics of the complaint.

Girod says he’s never received a consumer complaint, aside from someone saying the salve produced a burning sensation. “I have 50 or 60 written testimonials on how chickweed helped their skin cancer,” says Girod.

The FDA, after seizing product in 2012, filed for an injunction, prohibiting the sale of “Chickweed Healing Salve”. Apparently the FDA objected to the word “healing”. So Girod renamed his main product again, calling it “Chickweed Salve”. (It has since been renamed yet again, to “Original Chickweed”.)

That wasn’t sufficient to the FDA, and it sent two agents to search his farm in Kentucky in early 2013. They all sat on his front porch, and worked out an agreement, as Girod recalls it. Girod’s understanding was that the agents would return to his farm a few weeks later, when he was producing product, and search his production area, with the proviso they not take any photos.

According to Girod, the Amish have an aversion to cameras for cultural and religious reasons. He thought the agents could do their inspection and take notes without using cameras.

The two agents returned a few weeks later, as agreed, and according to Girod, “The first thing they did was pull out their cameras” and photograph his supplies, to see where he obtained his oils. “They had sweet talked me” about not taking photos.

The two agents returned some months later, in November 2013, as Girod recalls it. He was being driven by a non-Amish driver, and spotted the agents about three miles from his farm, being escorted by a deputy sheriff. Several of his older children joined him in following the agents to his farm.

The agents were back to do another search of Girod’s facilities. Based on them breaking their word about the photos the previous time, Girod refused. Besides, he says, they didn’t have a search warrant. The sheriff’s deputy respected his wishes, and, gesturing toward the street, told the agents, “There’s the road.”

The agents left, and haven’t been back since, says Girod.

The episode apparently upset the agents enough that they convinced the FDA to throw the book at Girod and seek a federal grand jury indictment; federal grand juries are reserved under the US Constitution’s Fifth Amendment for “capital or otherwise infamous crimes.” McFarland, his lawyer, is now reviewing 29,000 pages of discovery—evidence provided by the US justice Department on behalf of the FDA, to Girod, in preparation for a trial now scheduled to begin in April.

The main clues to the agency’s irritation come in the first two counts of the indictment, worth potentially 11 years in prison and $500,000 in fines— related to the unfortunate agent visits. And apparently the rest of the charges, related to selling unregistered drugs in unregistered facilities, were upgraded to felony counts as well—heavy penalties for refusing a search by government agents.

According to the indictment, Girod “knowingly and willfully conspired with others to prevent, by force, intimidation, and threat, FDA Compliance Safety Officers (“CSOs”) N.L.P. and M.D.S. (two investigators) from discharging the duties of their offices, trust, and places of confidence under the United States; and to induce, by force, intimidation, and threat, FDA CSOs N.L.P. and M.D.S. to leave the place where their duties as officers of the United States were required to be performed.”

It adds that “the manner and means used to accomplish the objectives of the conspiracy included, among others, the following:

“Members of the conspiracy, including Girod, physically surrounded N.L.P. and M.D.S. when they arrived to inspect Girod’s establishment pursuant to the injunction.

“Members of the conspiracy, including Girod, obstructed N.L.P.’s and M.D.S.’s attempts to gather information about Girod’s establishment.”

Just for good measure, the twelfth and last count of the indictment, carrying a possible penalty of 20 years in prison, charges that Girod “threatened” a witness who was testifying in the grand jury investigation. It isn’t clear what the threat was.

Girod says he has no idea, either. He said he didn’t try to discourage any witnesses subpoenaed before the grand jury to testify. “I didn’t want anyone to get in trouble.”

The one in trouble is Girod. Looking at a maximum sentence of 48 years in prison is terrifying to him. At his age, he says, “I’ll never see daylight.”

He sees the world as made up of two spirits. “There is good and there is bad. The FDA is from the bad.”

He says that when the FDA seized his products back in 2012, they violated one of the ten commandments, thou shalt not steal. “They are bad. They have stolen products.”

He adds that he used to think the FDA “was part of something good, to make sure our health laws worked. No more. They are full of lies.”