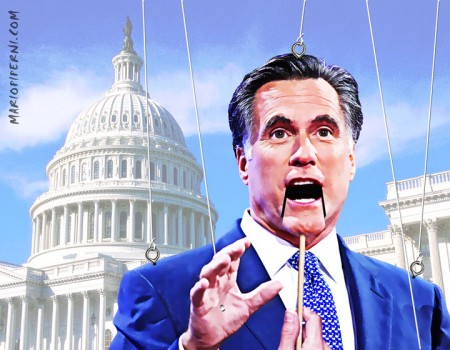 – Mitt Romney thinks climate change is one of the nation’s greatest challenges:

Romney thinks human activity contributes to global warming. He thinks it is urgent that global action be taken to solve this non-problem. He cites climate change as one of those issues that political leaders in Washington are failing to address.

“I’m one of those Republicans who thinks we are getting warmer and that we contribute to that,”  said Romney at an investment management conference in Utah, the Associated Press reported.

The Donald is not alone in his skepticism. Marco Rubio and Ted Cruz are also climate-change skeptics.

“I do not believe that human activity is causing these dramatic changes to our climate the way these scientists are portraying it,” Rubio said in an ABC News interview last year.

As to Cruz, he told CNN last year:  “The last 15 years, there has been no recorded warming. Contrary to all the theories that …  they are expounding, there should have been warming over the last 15 years. It hasn’t happened.”