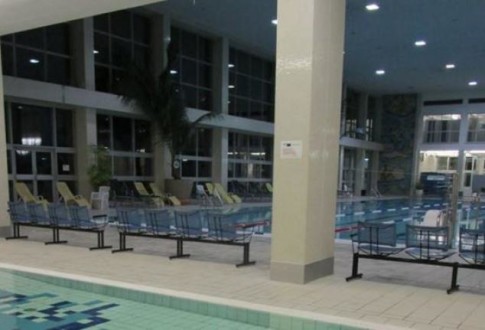 According to police, there had been no intention of population to conceal the fact, in order not to heat up the atmosphere. There have also played a role that the Iraqis had only a few weeks in the country. We wanted to only consider whether the circumstances of the case justify a Publik-making.

Rape and sexual abuse of minors

Only now it became known that the boy suffered severe injuries from the rape. He had to be treated in the Children’s Hospital.

The child had met a 15-year-old boy in Theresienbad while romping around in the pool, in which was accompanied by the 20-year-old Iraqi.

The victim stated that it was packed to the hands of the Iraqis and urged in a toilet cubicle. Then he locked the door and went up to him. No one heard the cries of the child.

After the fact, the Iraqis went to make the three-meter board by a few jumps.

The crying boy confided in a lifeguard, who immediately informed the police, who arrested the Iraqis still on site.

The refugees arrived on 13 September on the Balkan route to Austria.

For indeed remarked the accused as follows: I am “. Followed my desires I had not had sex in four months,” said the 20-year-old literally.

Before leaving for Europe he had last intercourse with a woman in Iraq. Those were not his wife, claiming it was “always sick” been since the birth of their daughter.

Once in Austria I “no longer stand it, not to have sex because I have a pronounced excess sexual energy,” said the police report on.

The interrogator asked him if unless not permitted in Iraq to have sex with ten year old boy, whereupon the refugee said, “Such a thing is in every country in the world banned,” said OE24 on.

He knew that he had “made a big mistake” and that he “had left a big scar in the boys,” said the Iraqis.