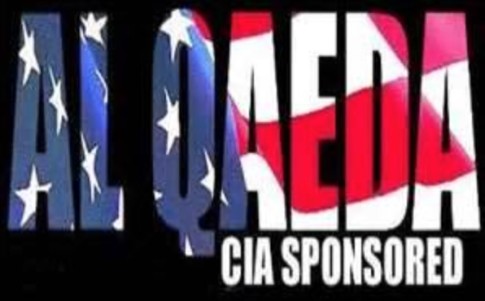 – So Who Are the Syrian Moderates Anyway? (Hint: Al Qaeda):

You don’t need me to tell you how disastrous the Obama Administration’s Syria “strategy” has been. After all, he pretty much admitted as much by announcing a pullback earlier today.

While the retreat in itself is garnering all the headlines, with people superficially focused on how “Putin outmaneuvered Obama,” the truth is far more disturbing. Putin didn’t so much outmaneuver Obama, as much as he called bullshit on the entire operation. Putin basically said that Russia would begin bombing terrorists in Syria, but the problem is that the U.S. is supporting terrorists in Syria. This is undoubtably true, which is the real reason Obama is pulling back. He needs to get out now before Putin proves to the whole world that the CIA is fighting with al-Qaeda in Syria.

For a dose of hard-hitting truth, I once again turn to one of the best sources out there, investigative journalist Nafeez Ahmed.

Here is some of what he published at Middle East Eye:

The first Russian airstrikes hit the rebel-held town of Talbisah north of Homs City, home to al-Qaeda’s official Syrian arm, Jabhat al-Nusra, and the pro-al-Qaeda Ahrar al-Sham, among other local rebel groups. Both al-Nusra and the Islamic State have claimed responsibility for vehicle-borne IEDs (VBIEDs) in Homs City, which is 12 kilometers south of Talbisah.

The Institute for the Study of War (ISW) reports that as part of “US and Turkish efforts to establish an ISIS ‘free zone’ in the northern Aleppo countryside,” al-Nusra “withdrew from the border and reportedly reinforced positions in this rebel-held pocket north of Homs city”.

In other words, the US and Turkey are actively sponsoring “moderate” Syrian rebels in the form of al-Qaeda, which Washington DC-based risk analysis firm Valen Globals forecasts will be “a bigger threat to global security” than IS in coming years.

Last October, Vice President Joe Biden conceded that there is “no moderate middle” among the Syrian opposition. Turkey and the Gulf powers armed and funded “anyone who would fight against Assad,” including “al-Nusra,” “al-Qaeda in Iraq (AQI),” and the “extremist elements of jihadis who were coming from other parts of the world”.

In other words, the CIA-backed rebels targeted by Russia are not moderates. They represent the same melting pot of al-Qaeda affiliated networks that spawned the Islamic State in the first place.

For more on that topic, see:

And they rose to power in Syria not in spite, but because of the US rubber-stamping the jihadist funnel through the so-called “vetting” process. This summer, for instance, al-Qaeda led rebels received accelerated weapons shipments in a US-backed operation to retake Idlib province from Assad.

Notice here that the US priority was to rollback Assad’s forces from Idlib – not fight IS. Yet the brave Western press, so outspoken on Russian duplicity, somehow overlooked how this anti-ISIS coalition operation failed to target a single IS fighter.

But that’s not all. What about some of the other Syrian “moderates”?

The Islamic Front, Syria’s largest opposition grouping consisting of tens of thousands of fighters, aims to establish an “Islamic state” in Syria, rejects democracy and secularism, and welcomes al-Qaeda foreign fighters as “brothers who came to help us”.

Islamic Front leader Zahran Alloush is on record as having praised Osama bin Laden, endorsed cooperation with al-Nusra, and repeatedly called for the total extermination of Shia and Alawite communities in the Levant.

Recruits already known to the US government are checked easily based on internal data. But for new recruits, the US depends on the “expertise” of its coalition partners like Saudi Arabia and Turkey.

German journalist Jurgen Todenhofer, who spent 10 days inside the Islamic State, reported last year that IS militants are being “indirectly” armed by the West: “They buy the weapons that we give to the Free Syrian Army, so they get Western weapons – they get French weapons… I saw German weapons, I saw American weapons.”

The CIA knew what was happening: classified intelligence assessments year after year showed that most Saudi, Turkish and Qatari arms ended up with “hard-line Islamic jihadists, and not the more secular opposition groups”.

The CIA programme has not been shut down, although it has predictably failed to arm moderates despite seeding nearly 10,000 rebel fighters – many of whom have joined the IS terrorists the West is supposed to be fighting.

This is, in other words, a New Cold War between competing empires, the unending victims of which are the Syrian people. As for the Islamic State, it is little more than the proxy bastard child of a conflict that looks set to escalate.

That last paragraph is key. This is not the end, but the beginning. You ain’t seen nothing yet in the Middle East.