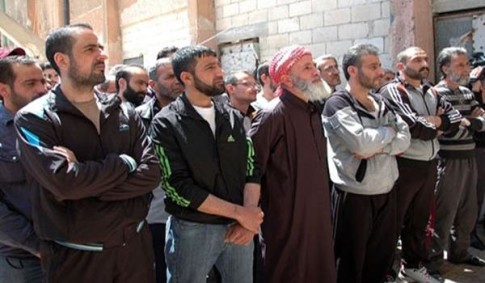 The development came after President Bashar al-Assad in a televised address in July pardoned all soldiers who have fled the army, saying that his words served as a general decree to relevant officials.

Over 1,000 terrorists laid down arms and surrendered to the Syrian authorities over the past 24 hours in Daraa, the Syrian local sources also confirmed.

The militants also turned over their cache of ammo to the authorities, both sources added.

The development came after President Bashar al-Assad in a televised address in July pardoned all soldiers who have fled the army, saying that his words served as a general decree to relevant officials.

Hundreds of gunmen have been laying down their weapons and turning themselves in to authorities in areas across the country. 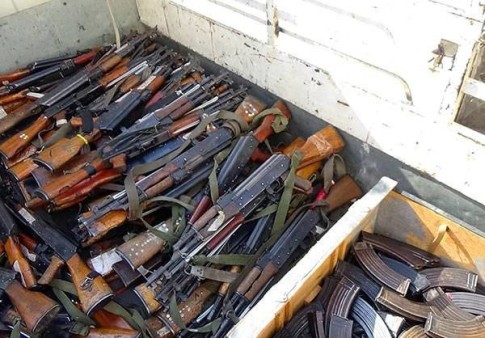 This number seems to be on the rise as the army has been making steady gains in the battlefield against the terrorist groups, recapturing an increasing number of regions, including strategic sites, which helped cut off many of the militants’ supply routes and forced them to surrender or run away.

Also in the past 24 hours, the Syrian air raids destroyed concentration centers of the ISIL, al-Nusra Front and other terrorist groups in Hama and Idlib.

The Syrian warplanes conducted airstrikes against positions of ISIL and the so-called Jeish al-Fath terrorists in the countryside of Hama and Idlib.

The airstrikes hit positions of the ISIL terrorists in al-Rahjan village, 50 km to the Northeast of Hama City, destroying a number of terrorists’ vehicles with all arms, ammunition and equipment on board.

The airstrikes also hit positions of al-Nusra Front and other terrorist groups in Aqrab village in the Southwestern countryside of Hama, killing scores of terrorists.

A number of vehicles belonging to Jeish al-Fath terrorists were also destroyed in airstrikes in Abdin village in the countryside of Ma’aret al-Nu’aman in Idlib countryside.

Meantime, the Syrian fighter jets pounded hideouts of the Takfiri militants in the countryside of Homs.

The Syrian air raids destroyed Takfiri terrorists’ hideouts and vehicles in al-Qaryatain, al-Sa’an, and in the vicinity of al-Sha’er field in Homs countryside.

The Russian air group in Syria is using Kh-29L air-to-surface missiles to conduct airstrikes against the ISIL militants, the Russian military said Sunday.

“A Kh-29L surface-to-air missile is equipped with a semi-active laser guidance system. When the launch is conducted, a pilot illuminates a target with a laser sight. At the same time an aircraft can continue the flight,” Aerospace Forces Spokesman Colonel Igor Klimov said.

Also, the Syrian army conducted military operations against the foreign-backed Takfiri militants in Aleppo province, leaving hundreds of them killed and injured.

Hundreds of terrorists were killed or wounded in Aleppo City and its countryside in the past 24 hours, a military source said.

Elsewhere, at least 28 militant fighters of the ISIL terrorist group were killed during clashes with the Kurdish forces in the Northeastern Syrian province of Hasaka.

“The YPG forces besieged the ISIL militants near Mount Abdulaziz and killed dozens of terrorists and destroyed several vehicles,” a spokesman for the YPG Media Center told ARA News.

Also, gunmen from the Jeish al-Fath coalition of extremist groups are pulling out their forces from Idlib and other towns in Northwestern Syria.

The radical group started moving towards the Turkish border on Saturday after having experienced “the efficiency of the Russian aerospace forces’ strikes,” the As-Safir Arabic-language daily reported.

The coalition is led by al-Nusra terrorist group, the Syrian branch of al-Qaeda, which is sponsored by Saudi Arabia, Turkey and Qatar. The group seized the Idlib province this spring.

The report said field commanders fear at any moment the attack of Syrian forces supported by Russian warplanes on the key town of Jisr al-Shugour, on the Lattakia-Aleppo highway.

1 thought on “Over 1,000 Militants Surrender To Syrian Army In Last 24 Hours”